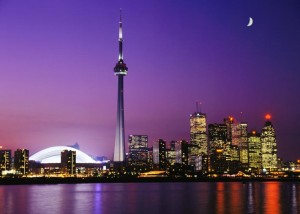 On December 1st, professional petite business women on “The Bella Petite Hour” with host Ann Lauren.  It’s always great to highlight professional women making a difference, and we have two excellent guests who exemplify that image.  Cynthia Cheng, editor of Prospere Magazine, will share her experiences launching a women-centric publication.

We will also be joined by Isobella Jade an author who’s written two books about her experiences trying to break into the modeling industry, including an autobiography.

Prospere-Magazine is headquartered in downtown Toronto, Canada.  Since March 2009, 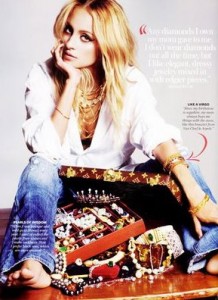 Cynthia has been working on Propere Magazine on a full-time basis.  The magazine was launched nearly two years ago, and the site has progressed from a static, blog-like layout to the current magazine look, complete with a rotating featured content gallery. Cynthia writes the majority of the event pieces, and has covered events ranging from cancer awareness benefits/galas to Toronto’s LG Fashion Week and the Toronto International Film Festival.  The magazine has also expanded to feature events beyond Toronto, having recently been a sponsor of the inaugural Alberta Fashion Week, held in Calgary.  Eventually, Cynthia would like to see local editions of Prospere Magazine, similar to daily commuter papers like Metro, distributed across Canada.  Prospere Magazine also features restaurant reviews, job-related pieces, designer interviews and career profiles of people all over the world.

In addition to starting an online magazine community for professional women, Cynthia published her first novel, “Aspirations,”  last year.  Aspirations, is a novel about young women fresh out of university. Her book is available online through retailers Amazon, Chapters/Indigo and Barnes and Noble.  In her spare time Cynthia started a blog called “Shorty Stories.”  You might have guessed Cynthia Cheng is petite (at 5’2″) and she has overcome height relating obstacles thoughout her career.  We have a motto at Bella Petite “never underestimate yourself,” and, as you can tell, dynamite comes in petite packages and Cynthia Cheng has let nothing stand in her way! 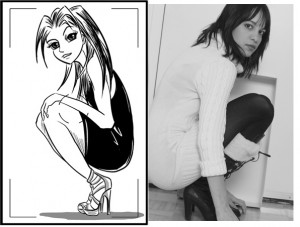 Jade is an author and internet marketer, having leveraged social media to market her books and extend her parts modeling career. While in college, Jade decided that she wanted to be a model no matter what barriers stood in her way.  She knew that becoming a petite model at under 5’4″ would not be easy.  Through much trial and error, including answering online classifieds ads in order to gain experience and build her portfolio, Jade discovered the right and wrong avenues to take, while being exposed to some of the shady and dangerous modeling underworld.  She was undaunted and committed despite her rough early experiences and used unconventional methods to break into the business.

Jade at one point found herself living out of a suit case, literally homeless, dirty and hungry.  In fact, she famously wrote her book from inside a Soho Apple store!   Within a few months she

had roughly 300 pages and was up to the task of publishing. Seeking to shed her past from her nude modeling choices and redefine herself, she opted to change her name and Isobella Jade was born.  In her memoirs, Jade candidly describes her experiences to the reader in a raw and uncensored fashion.

Over the last couple of years Jade,  started her own website on sharing advice to aspiring models. She talks about opportunities in parts modeling and her personal experiences. Parts modeling doesn’t have the same height requirements of high fashion or the traditional fashion print industry, which generally requires models to be at least 5’7″.  Jade advises women how to submit to agencies, how to prepare for castings, and how to market yourself as a petite model.

This month Jade released her second book, a comic book style novel called “Model Life: The Journey of a Pint-Size Fashion Warrior.” The book features illustrations by Jazmin Ruotolo, and tells the story of a 5’4″ model trying to make it in a world of “giraffes,” and describes the glamorous highs (her first ad campaigns and magazine shoots) and seedy lows ( sleazy photographers, dangerous jobs).  Jade held her book  launch party on November 12th  in downtown Manhattan’s Soho district, with a number of petite models participating in a shoe showing.

The Bella Petite Hour next Tuesday, December 1st at 10:00 am, PST, LIVE on AmericasWebRadio.com we’ll feature two great guests, Prospere Magazine publisher Cynthia Cheng and Isobella Jade petite author & parts model.  We will have fascinating and lively discussion regarding the publishing world, internet marketing, petite modeling strategies and hear personal experiences about being petite in the business world and how to overcome negative perceptions relating to height.  If you have comments or questions for Cynthia or Isobella, leave them here and we’ll be sure to share them on the show.


Want to see more on PETITES? Become a BellaPetite member today, it’s free & easy! Get 20% off at AllisonIzu.com, 30% off at MySweetPetites.com and more discounts with select premium retailers when you become a Bella Petite MEMBER!