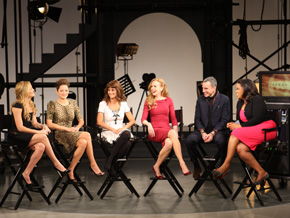 By Ann Lauren: Today Oprah  welcomed an all-star lineup of guests, including a few major petite celebrities.  The guests of the show, all from the new musical film “Nine,” included petite stars Kate Hudson, Penelope Cruz and Marion Cottillard, along with Daniel Day Lewis and Nicole Kidman.  So many oscar winners and nominees in one place!

Some may take take exception to our petite claim, as each of these celebrities claim to be 5’6″: Oprah Winfrey, Penelope Cruz, Kate Hudson and Marion Cotillard, but which of these ladies are telling the truth?  As always, we went on a mission to find out the “truth about height” as it relates to entertainment.  We have written several articles on this subject.  Here are a couple great follow up reads:  Rock Stars Aren’t As Tall As They Appear, Courteney Cox Petite Star of ABC Cougar Town

Here is what we already know: most celebrities male and female lie about their height by two-four inches (some as much as six inches).  The entertainment industry clearly means to represent stars as “larger than life,” by exaggerating their heights!  The same applies to the runway.  Height has become synonomous with beauty and we just don’t agree! You simply do not have to be tall to be beautiful.  To prove that many of the world’s most beautiful people aren’t tall, we have revealed true heights of many celebrities.  That’s why we always have a measuring tape in hand when interviewing celebrities, it’s true!  We want the truth and we want to build confidence in petites.  There is no reason to lie about our height, it’s a celebration of our image! 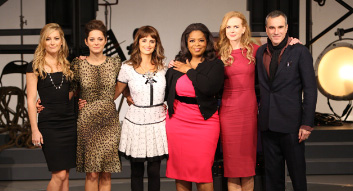 Here’s the truth about the height of the celebrities on Oprah today.  Starting with the Oprah Winfrey, sources say she is no taller than 5’6″ and likely closer to 5’4″. We’ll keep working on this one and let you know when we speak with Oprah to confirm that she is a full-figured petite.  What a great moment that will be!

Thanks to our petite celebrity sleuths around L.A. we

know Penelope Cruz is ~5’3″.  One of our staff members lives nearby Cruz in Hollywood Hills, so we are in the know! Penelope was catapulted to stardom by 5’5″ Tom Cruise, and he made her a brand name in his film Vanilla Sky (ps. great film) and Penelope Cruz was clearly shorter that Tom.  Often male stars are paired with leading ladies that are significantly shorter in order to make the men look taller. For example, in the old days 5’4″ Alan Ladd had tiny diva 5’0″ Veronica Lake to help him out.  Penelope seems to have had her way with famous men, including Tom Cruise and Matthew McConaughey, reminding us that men always prefer petite women!

The always entertaining Kate Hudson is ~5’4.5″, our sources say.  I know there is

much controversy on this one, as we discovered a height range from 5’3″ to 5’7″.   Hudson has starred in films like Bride Wars Fool’s Gold You, Me and Dupree The Skeleton Key Almost Famous. She’s currently in a relationship with A-Rod, and certainly seems to have built quite a reputation in Hollywood dating the hottest stars (Matthew Maconhay, Owen Wilson, Lance Armstrong to name a few). 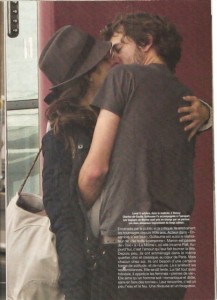 The final petite celebrity from the cast of the musical film “Nine” is french born petite actress 5’5″ Marion Cotillard.  Currently she’s in a “Domestic Partnership” with french star Guillaume Canet. She is one of the most celebrated French actresses worldwide, joining many other French actresses who have enjoyed success in the U.S., like  Juliette Binoche, Catherine Deneuve, Sophie Marceau, Audrey Tautou or Eva Green.  Cotillard was introduced to American audiences courtesy of Tim Burton who cast her in Big Fish (2003).  In 2006, she played the lead alongside Russell Crowe in Ridley Scott’s “A Good Year“.

What an incredible cast famed director Rob Marshall has assembled for his musical film.  Nine, the film adaptation of a celebrated Broadway musical, is the story of “Guido’s struggle to write a script for an ill-fated film. As his epic production spins out of control, he turns to the women he adores for inspiration and comfort.”  Nine’s other cast members include two time Oscar winner Daniel Day Lewis and 5’11” Nicole Kidman, also an Oscar winner for “Best Actress” in The Hours.

Want to see more on PETITES? Become a BellaPetite member today, it’s free & easy! Get 20% off at AllisonIzu.com, 30% off at MySweetPetites.com and more discounts with select premium retailers when you become a Bella Petite MEMBER!