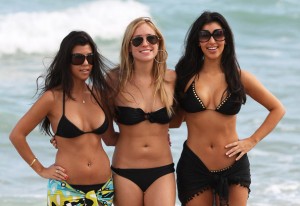 Summer is coming to a close and we thought it would be fun to do Bella Petite’s “TOP TEN” hot petite celebrity bikini babes of this year!

Here’s the first installment on the top five petite celebrity bikini babes.  This list is in no particular order, as we thought it would be fun to hear who your favorite hot bikini petite babe is. Tell us who you think is the number one hot petite bikini babe of 2010 from our list, and will profile the most voted for petite in Bella Petite Magazine! 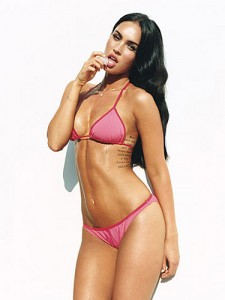 Megan says, “I have eight tattoos.  All my boyfriends are required to have one and if they don’t have one yet, I make them get a tattoo of my name or my face.” 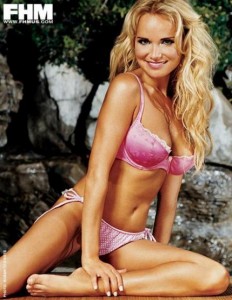 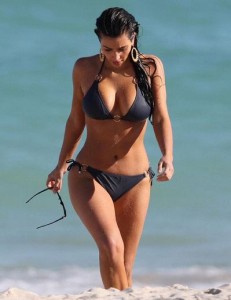 The celebrity petite 5’2″ reality star Kim Kardashian was born October 21, 1980.  The petite, booty-full propagandist, “Kim Kardashian,” is tweeting from her twitter the praises of products, and using purposeful PR tactics, producing lots of PROFIT. It appears that Kim is milking the media for all she can get “The Kardashian’s” reality television show is more popular than ever.

It seems we can’t get enough of the Kardashian sisters and their antics.  Kim is also known as one of Hollywood’s most famous party girls along with Paris Hilton, Nicky Hilton, Tara Reid, Bijou Phillips, Kimberly Stewart, Lindsay Lohan and Nicole Richie. 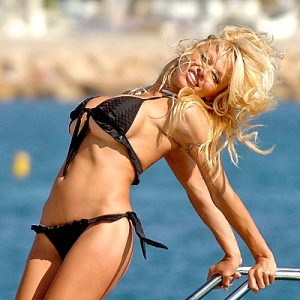 The 5’2″ petite Pamela Anderson was born on July 1, 1967 in Canada.  Pamela was first “discovered” at a British Columbia Lions football game, when her image was shown on the stadium screen.  In October 1989, Pamela was on the cover of Playboy magazine. With the success from Playboy, Pamela moved to Los Angeles in 1990 and landed her bombshell role as CJ on television series Baywatch.

Soon after, Pamela met Mötley Crüe drummer Tommy Lee and in February 1995, they got married in Cancun, Mexico.   Then she supposedly unwittingly starred in one of the most infamous sex video’s with Tommy Lee.  Pamela might lay claim to the greatest height discrepancy of any petite celebrity we’ve noted as they have listed her as being a whopping 5’7″ on IMDB! 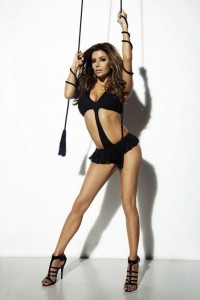 Petite celebrity 5’0″ Eva Longoria was born March 15, 1974 in Corpus Christi, Texas.  After graduating from college, she entered a talent contest that brought her to Los Angeles, where she was spotted and subsequently signed by a theatrical agent.  Eva scored by landing roles on “The Bold and the Beautiful” (1987), “General Hospital” (1989) and co-starring on “Beverly Hills, 90210” (1990). Then Eva hit it big time and became well known worldwide thanks to “Desperate Housewives” in (2004) where she plays adulteress “Gabrielle Solis”.  This gorgeous petite celebrity scored a contract with cosmetics giant L’Oreal. She has a guaranteed spot on People magazines top 100 most beautiful list!

Eva says, “I’m a late bloomer, my looks came pretty late and success happened at the age of 30. But I’m pleased about things not coming to me immediately because it makes you appreciate it when you finally get it.” Eva is now happily married to basketball star manzon 6’4″ Tony Parker!

Here is the second half of our TOP TEN petite swimsuit babes! Let us know who you would pick to be in your top ten hot petite celebrity bods! 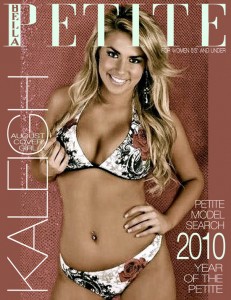 Quote Bella Petite Kaleigh Brook: ”Petite woman need to be recognized. Most of our leading women, celebrities, actresses and performers in the United States right now are considered petite. The average woman is petite and many are curvy. The Bella Petite fashion movement is critical to the future success of petite women breaking into the modeling world.” Get a magazine you identify with Subscribe today!