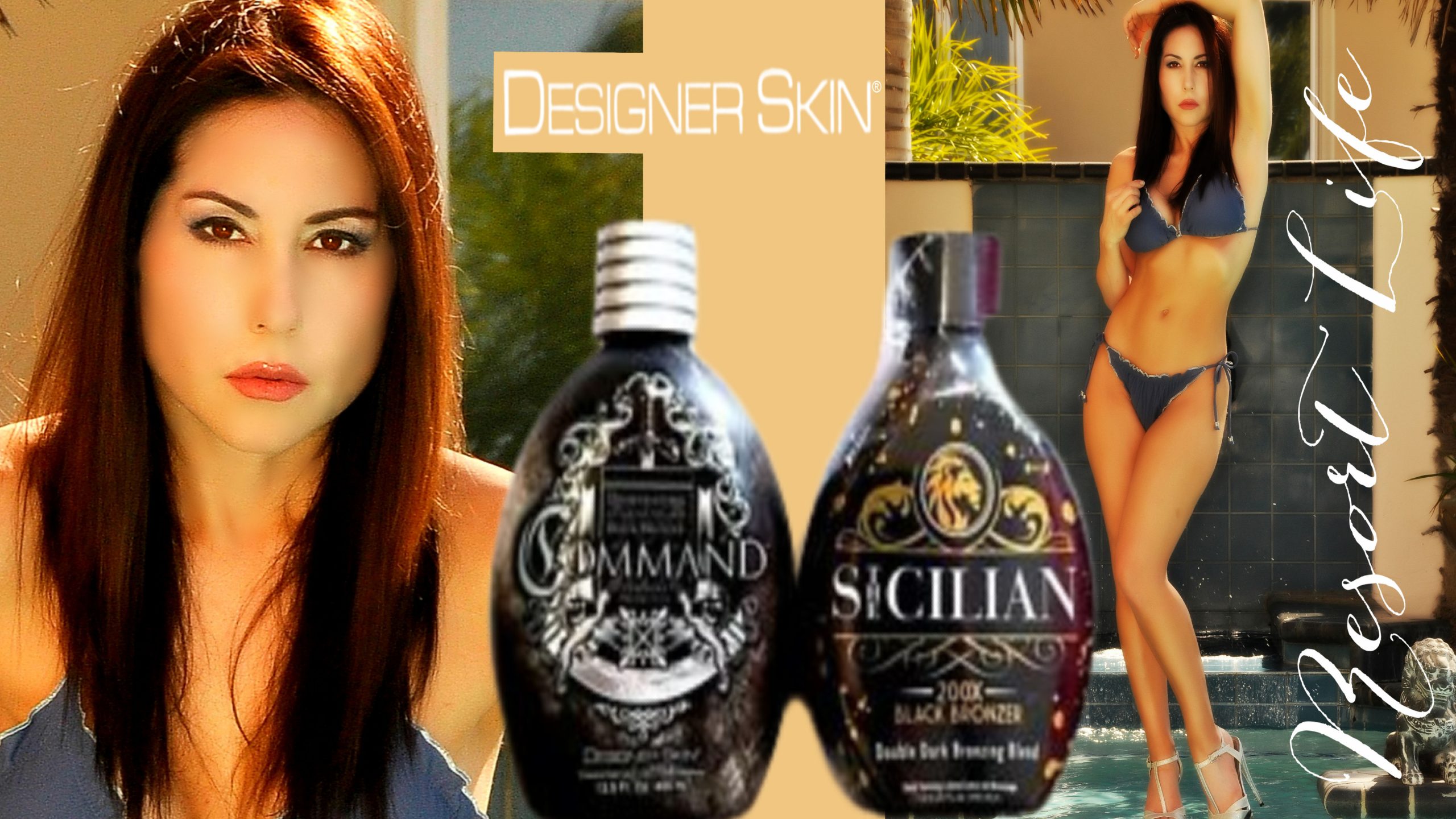 In a matter of weeks, Fall will arrive and swimsuits will fade back into our drawers feeling quickly abandoned by our warmer rags.   Before that happens it’s time to make the most of what’s left of this summer’s season.  Keep that swimsuit on and head out to the beach to get in your last days of fun in the sun!

I for one can’t resist hitting the California beaches and watching the hard-bodied boys of summer on their surfboards… oh what eye candy!

Equally inviting are Hollywood’s petite celebrities in their string bikinis. Get ready for our top celebrity petite body bikini hotties!

Carmen Electra, a 5’2″ hot-bodied goddess, was born in 1972 in Sharonville, Ohio.   Before this small-town girl made a big splash in Hollywood, Electra was discovered by a talent scout for Prince while fronting for a rap group in Los Angeles.

After that Carmen burst out as a Playboy Playmate in 1996, and eventually graced the pages four additional times, including three covergirl placements!

She does have at least one weakness, Electra says she is addicted to Coke.  “Is there a rehab center for Coke drinkers? I drink six to eight cans a day!”   This petite celebrity swimsuit babe can certainly afford to drink her share of Coke!

This 5’1″ petite starlet, Vanessa Hudgens was born in 1988 in Salinas, California.  She landed her breakout role in 2005 by playing the shy and meek character Gabriella Montez in High School Musical, opposite Zac Efron. Her performance has received numerous nominations and awards.

With the success of High School, Musical Hudgens is now a household name and full-time girlfriend of rising hot star Zac Efron.

Hudgens’s thoughts about her nude picture scandal, “I’m much better now. But truthfully I don’t like talking about it. It was something that was meant to be private, and even though it isn’t anymore, I’d still like to keep it as private as I can. It was very traumatic, and I am extremely upset it happened. I hope all my fans can learn from my mistake and make smart decisions. But I wouldn’t have been able to get through it if it wasn’t for my family, friends, and fans, who supported me all along the way.”

Petite celebrity Rachel Bison on height: “There just aren’t many jeans that fit when you’re 5-foot-2. I still have to have them hemmed.”

Born August 25, 1981, the actress grew up in a California show business family, making it easy for her to break into the biz.  As we know, it always pays to have connections!

She made her television debut in 2003, subsequently becoming well known for playing Summer Roberts on the hit primetime drama The O.C. Bilson made her film debut in the 2006 film The Last Kiss and starred in the 2008 action/sci-fi film Jumper.

Rachel on diet and weight:  “I hate it when people are like, ‘How do you stay thin?’ or ‘Do you work out? What’s your routine? What’s your diet?’ Then it’s like, ‘If I tell you I don’t, then are you going to give me a hard time?’

The fast and furious Indy and Nascar star, 5’0″ Danica Patrick, has scorched the pages of Sports Illustrated while leaving men to eat her dust. Danica is currently competing in the IndyCar Series, the ARCA Racing Series, and the NASCAR Nationwide Series when she’s not serving as a model and advertising spokeswoman for her many sponsors.

Racing is not all that Danica dreams about.  She clearly has a flair for fashion!  If she were not racing Danica says, “I would love to get into the fashion world and design my own clothing line… shoes… bags.  That’s what I would want to do after racing and it’s something I really love always!”

BellaPetite’s confident about one thing: a Danica branded clothing and accessory line will be a fast-selling one!

The gorgeous celebrity petite, 5’1″ Vanessa Marcil, was born October 15, 1968.   She is best known for her role as Brenda Barrett on the ABC soap opera General Hospital.

Vanessa has been featured in several men’s magazines including Stuff, FHM, and Maxim.  She was named #19 on Maxim’s Hot 100 of 2005 list and was featured on the cover of the issue that included the list.   She was also ranked #92 in the FHM Hot 100 list

Marcil’s thoughts about wearing swimsuits on set, “I don’t know any woman who doesn’t have an anxiety attack about wearing a bathing suit.  I was on the show General Hospital  for two years before they got me to wear a bathing suit and I almost had a heart attack the whole time.”  We don’t think she should have any worries!

Marcil and Megan Fox have a few things in common, beauty, hot bods, and… before there was Megan, Vanessa dated former Beverly Hills 90210 castmate Brian Austin Green from 1999 until early 2003.  They also have a son, Kassius Lijah Marcil-Green, born on March 30, 2002, though Brian Austin Green is married to Megan Fox.

Megan says, “I have eight tattoos.  All my boyfriends are required to have one and if they don’t have one yet, I make them get a tattoo of my name or my face.” Megan Fox is married to Brian Austin Green.

The petite, booty-full propagandist, “Kim Kardashian,” is tweeting from her Twitter the praises of products, and using purposeful PR tactics, producing lots of PROFIT.

It appears that Kim is milking the media for all she can get “The Kardashian’s” reality television show is more popular than ever.

It seems we can’t get enough of the Kardashian sisters and their antics.

The 5’2″ petite Pamela Anderson was born on July 1, 1967, in Canada.  Pamela was first “discovered” at a British Columbia Lions football game when her image was shown on the stadium screen.  In October 1989, Pamela was on the cover of Playboy magazine.

With the success of Playboy, Pamela moved to Los Angeles in 1990 and landed her bombshell role as CJ on the television series Baywatch.

Soon after, Pamela met Mötley Crüe drummer Tommy Lee and in February 1995, they got married in Cancun, Mexico.

Then she supposedly unwittingly starred in one of the most infamous sex video’s with Tommy Lee.  Pamela might lay claim to the greatest height discrepancy of any petite celebrity we’ve noted as they have listed her as being a whopping 5’7″ on IMDB!

Petite celebrity 5’0″ Eva Longoria was born March 15, 1974, in Corpus Christi, Texas.  After graduating from college, she entered a talent contest that brought her to Los Angeles, where she was spotted and subsequently signed by a theatrical agent.

This gorgeous petite celebrity scored a contract with cosmetics giant L’Oreal. She has a guaranteed spot on People magazines’ top 100 most beautiful list!

Eva says, “I’m a late bloomer, my looks came pretty late and success happened at the age of 30. But I’m pleased about things not coming to me immediately because it makes you appreciate it when you finally get it.”

Quote by Bella Petite Covergirl Chanelle: “I would subscribe to Bella Petite Magazine whether or not there was a model search, because of the fact that this is a magazine that is trying to change the discriminatory height standards in the fashion industry.  I love being a part of that!”