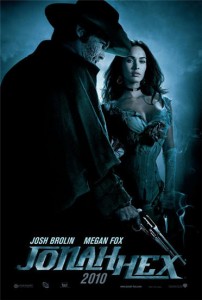 “Foxy lady,” exclaimed by many, is completely true when talking about petite celebrity Megan Fox.   However, I prefer to call her by her real name – “Petite Foxy Lady!”  This sex symbol, as she is now referred as, is only 5’4”, but clearly yields a lot more when she walks by men… er, people (okay, did ANYONE get the joke?).

Light on the Petite… Heavy on the Violence!

The fever-pitch causing Fox will be raising the temperature once again, June 18th, as she stars in the role of “Lilah,” a gun-wielding prostitute and love interest to Josh Brolin in the new comic-book movie, “Jonah Hex.”  Fox promises audiences will not be disappointed, and, despite the PG-13 rating, the new “Hex” movie will be very violent. “It somehow manages to be super-violent while still having a PG-13 rating. I don’t know how they did that,” Fox tells MTV’s Movies Editor, Josh Horowitz.   Fox looked extra “petite” on MTV’s “Rough Cut” show, as she sat in the huge, King’s throne chair, wearing 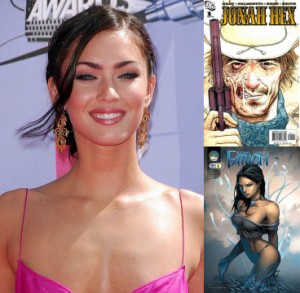 a simple pair of dark denim jeans and a plum colored cardigan sweater. This petite beauty continued marveling over the talent of her co-stars, while dominating the interview, adding, “It looks incredible, and I’ve never been so blown away with the performances in an action film, aside from my own, as I am in this one… because it’s [Josh] Brolin and [John] Malkovich, and Michael Fassbender… and these theater actors who are just phenomenons and brilliantly talented!”

Knowing Fox was a comic-book fan as a child, MTV Host Horowitz asked the pretty, petite lady if this movie somehow “fulfills a little bit of fantasy for her,” but, before Fox could even answer, he interrupted her thoughts on that question by suggesting this movie re-make of the comic-book character was probably an insane interpretation.  Fox, ignoring Horowitz’s “fantasy” question, opened up immediately about the movie (almost defensive) emphatically stating that she believes this film is a “really good 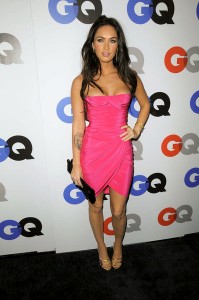 interpretation” of the comic.  However, I will go ahead and say “yes,” for her in response to the “fantasy” question, as one could clearly see how not only excited she was as she described the movie, but almost orgasmic as she spoke about “Josh Brolin,” who plays the comic-book character, Jonah Hex. “I think he [Brolin] IS Jonah Hex…he is the perfect, perfect, perfect pick for that character…I get excited watching it,” gushed Fox. 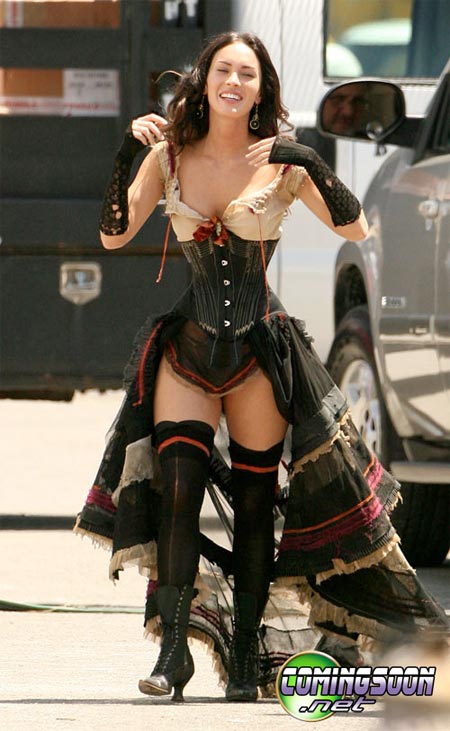 During the press junket for this movie, Fox shared thoughts about her revealing costume and how it gave her an 18-inch waist! Hold up ladies… it’s not some fad diet, or a quick “suck-it-out” procedure, but only a simple, little trick from the turn of the Century: a form-fitting, painfully-thinning, CORSET! Fox’s character, Lilah, is a petite, sexy, gunslinging prostitute wearing several naughty contraptions. “We got it down to 18 inches, but in the action scenes, we loosened it up because everyone was afraid I would pass out if we had it that tight,” Fox told MTV News. She went on to talk about the lasting effects the corset had on her, describing the “imprinting” that the snuggly-fitted corset made on her body, which left deep indents and grooves down her ribcage. Although often in pain from wearing the corset all day on set, Fox claims she liked wearing it, and stated, “I think they should come back [in style]. They should make a reappearance. I enjoy them, but maybe I’m sick!” (Oh, do I detect a little “fetish” going on here? Hmm, more for the masses of men who like to hunt themselves a little “Fox,” eh?!”). Clearly, sex sells…and so does Megan Fox!

Fox summed up her new movie in seven words: “It’s an action movie, and it’s DOPE!”

Get 20%-50% off Allison Izu, Fernanda Carneiro and My Sweet Petites clothing when you become a Bella Petite Member. JOIN US NOW!

4 thoughts on “The Petite “Fox” And The Hound: “Jonah Hex” starring Josh Brolin and Megan Fox”