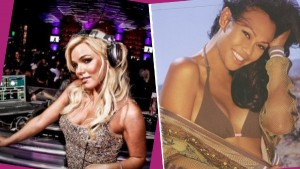 This week we are proudly celebrating our 50th Bella Petite Hour  (with host Ann Lauren) show, and will be joined by co-host, Emmy-winning producer Christopher Toyne, our resident entertainment expert.

To shake things up, Toyne will turn the tables on Ann Lauren! We will also have entertainment news and celebrities takeover the mic.  As always, the show is unscripted, unplugged and uncensored!

This show will certainly be living up to our celebratory title!  We are featuring gorgeous and talented women sharing entertainment 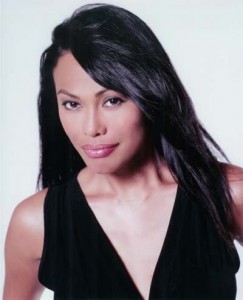 news and life experiences, starting off with actress Cassandra Hepburn.  The beautiful and talented Cassandra Hepburn has been in the entertainment business since she was eleven.  Starting out as a model, Cassandra worked the runways with Naomi Campbell, Christy Turlington, Linda Evangelista and Kate Moss. In the spirit of our pursuit of celebrities’ true heights, Hepburn confesses that she may not actually be 5’8″ and that most actresses and models lack that 5’9″ plus stature. Hepburn has agreed to allow Ann Lauren to measure her the next time she’s in LA!

Hepburn was born in the Philippines and has lived all over the world, including six continents and a total of twenty five countries.  During her world travels as a model she studied abroad and honed her acting skills in some of the finest schools, such as The Royal Academy of Dramatic Arts in London.  There she became versed in Classical and Shakespearean acting. While living in New York, Cassandra attended acting courses at Sande Shurin Studios and the acclaimed School for Film and Television where she studied the Meisner Technique.  By age twenty five she left the modeling world for a serious career in acting.

Hepburn has appeared in Off Broadway shows, guest spots on MTV  and Soap Opera “As The World Turns,” playing the role of Monica.  Her film repertoire includes Stephen King’s The Stand, and recent achievements in 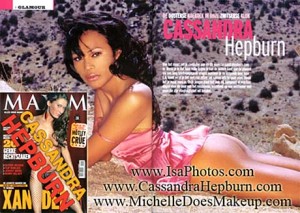 Sidney Lumet’s “Find Me Guilty”, which was in competition at the Berlin film festival and in Deauville, as well as a supporting part in Mark Rydell’s “Jump Shot” aka “Even Money”, alongside Kim Bassinger, Danny De Vito, and Ray Liotta.

Hepburn has just finished a short film called “MANIC” about a girl who gets hooked on psychotropic drugs and what happens to her world when she runs out of them.  She is also scheduled to shoot “Swindlers of Destiny” in France at the beginning of 2011.

Hepburn’s heart lies in her humanitarian work, and she tells us this last February, “I went to Haiti for three weeks working with the medics and orphanages on relief efforts after the earthquake in Haiti.  The stench of the dead bodies was overwhelming and shocking.  I had to learn first aid techniques and how to deliver babies.  This was truly an awakening and appreciation for life.”

“Then I came back and decided to work as the Global Ambassador to Youth For Human Rights International and travelled to educate and bring awareness to children and adults about their 30 inalienable rights that came from a treaty that was signed by the United Nations but was never implemented.  I specifically deal with the problems of Human Trafficking.”

To commemorate the 50th show we’re bringing back our very first petite celebrity guest, 5’2″ Colleen Shannon!  She’s has the dual title of 50th Anniversary Playboy Playmate and the World’s Sexiest DJ! Shannon is a world traveler and is never home in Los Angeles for more than five minutes before jetting off to the next exotic local.  In fact, she’ll be fresh off a jet from South Africa only hours before the show!

Shannon’s true passion is being a DJ and she had already established herself as a top DJ in Los Angeles clubs when she was chosen out of nearly 10,000 applicants to be the 50th Anniversary Playmate in the January 2004 issue of “Playboy.”

Colleen has popped up in music videos for such groups as Blues Traveler, Smashmouth, and Crazy Town. Among the artists she’s shared the stage with are Sting, Snoop Dog, Fat Joe, and Lloyd Banks.  Shannon has graced the covers of such publications as “Mum,” “In,” and “Super Street.”  Moreover, Shannon has been featured in a bunch of magazines including “Maxim,” “Zoo,” “OK,” and “Loaded.”

Since being named Playboy’s 50th Anniversary Playmate in January 2004, her work with Playboy has not only 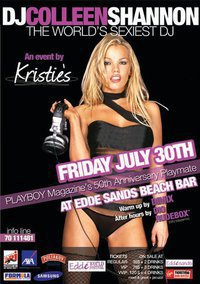 continued, it has expanded.  Colleen now hosts her own weekly radio show, Playmate Club, on Sirius XM 99 (the Playboy channel), where she talks sex, celebrity and spinning tunes with world-renowned DJs, musicians, actors and others.

In 2009 Colleen DJed “Game Day at the Playboy Mansion,” a Super Bowl celebration starring Bret Michaels of Poison. In 2008 she graced the cover of Playboy Mexico. And following the release of Playboy’s 50th Anniversary issue in 2004, Playboy not only released a sexy stand alone of Colleen, but also produced an International Special Edition of that issue and sent Colleen on an international promotional tour.

Tune in Tuesday, September 28th LIVE at 10:00 am pst on America’s Web Radio.  If you miss the live show the podcast will be available here and on itunes.