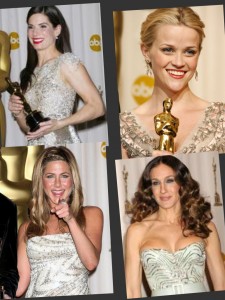 Once again we are proving you don’t have to be tall to beautiful! May the fashion and beauty industry take note of Bella Petite’s list of ten A-List petite actresses in entertainment.  These leading ladies are setting new standards as the highest income earners in Hollywood.  Fashion designers are no doubt pandering their gowns for these petite model celebrities to wear, a-“hem” please!

1. Natalie Portman (5’2″)  This petite celebrity wins the Triple Crown of entertainment!  She swept through the Golden Globes, the SAG awards and took the Oscar for her roll as Nina, an obsessive ballerina, in Darren Aaronofsky’s latest film “Black Swan”. 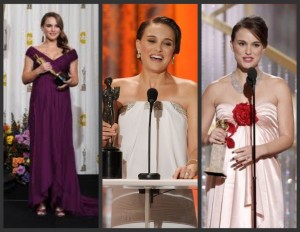 Portman will have three films released this year, including “No Strings Attached” starring Ashton Kutcher in theaters now,  “Your Highness” and “Thor” coming later this year.

Plus, coming this summer a new baby and a maybe wedding!

3. Reese Witherspoon (5’0″) Recently this petite celebrity has become more known in the tabloids for her love life and now with her engagement to CAA agent maybe she can get back to the business of making movies!   Witherspoon is likely the highest paid actress in the business,  she was reportedly paid 15 million for  “Legally Blonde” and its sequel, a whopping 12.5 million for “Sweet Home Alabama,” another 14 million for “Four Christmases,” 15 million for “Just Like Heaven” and 15 million for “Walk the Line,” and 14 million for “How Do You Know,” starring Owen Wilson and Paul Rudd. Wow, now you can do the math, it pays to be petite!

4. Jennifer Aniston (5’4″) The pretty petite Jennifer Aniston had several films released in 2010, the latest is “Just Go With It,” starring Adam Sandler.  Aniston recently returned back home from Georgia, after filming ” Wanderlust” to be released (2011).  Friends Star Jennifer Aniston, told Rolling Stone magazine in 1999 that ”I’m 110, I’ve been 130, and I’m 5’5″.”  There was some silly rumour a while ago that Jennifer went on a special exercise program and gained 2 inches in height… I’d love to know where that rumor originated!  She’s also said in an interview she’s ’5ft 4″ and 3/4″.

5. Sarah Jessica Parker (5’2″) The petite fashionista is a clothing designer for Halston!  Perhaps she is best known for being Carrie Bradshaw in “Sex in the City,” both in television and on the big screen.  She has also starred with Matthew McConaughey in “Failure to Launch” and in “The Family Stone,” with Luke Wilson.

6. Mila Kunis (5’2″) This petite bombshell’s latest breakout role in “Black Swan” as “Lily” has landed her on the cover of W Magazine!  Before this her voice was more recognizable than her face, as the voice of Meg Griffin on “The Family Guy.”   Mila Kunis has starred in “Max Payne,” “Forgetting Sarah Marshall” and her memorable role as Jackie on “That 70’s Show.”  We suspect she is now on the fast track to major Hollywood success and stardom!

7. Ellen Page (5’0″) The Canadian born petite actress and Oscar-nominee for her breakout role in “Juno” playing an eccentric teenager who finds herself pregnant. This rising petite starlet has been in awarding winning roles in the movies “X-Men: The Last Stand” and “Inception,” starring Leonardo Di Caprio!

8. Amanda Seyfried (5’2″) This petite dynamo has proven she can hold her own alongside mega star Meryl Streep in the movie musical “Mama Mia.”  Her recent film repertoire includes “Letters to Juliet,” “Dear John” and “Jennifer’s Body.”  Her latest movie is set to release this March “Red Riding Hood,” also starring Gary Oldham, Shiloh Fernandez, Lukas Haas and Virginia Madsen. We can expect to be seeing a whole lot more from this fresh-faced petite!

9.Halle Berry (5’4″) This half African and half Italian American petite celebrity has blazed a new trail  for actresses.  She was the first and only female African American actress to win an Academy award in 2001 for her role as Leticia Musgrove the love interest of a racist prison guard who had executed her husband while in jail in the movie”Monster’s Ball” starring Billy Bob Thornton.  Berry has come a long way from her start in beauty pageants in the 80’s, she simply saw pageants and modeling as a way to become an actress.  ” I never wanted to be a model. My modeling career was nothing but a stepping stone to my acting career and that’s all I ever saw it as. A pointless rock in the river that has to be stepped on in order to get to the meaningful oasis of acting.”  Berry has starred box many box office thrillers from: “X-Men,” “Die Another Day,” “Perfect Stranger,” and “Gothika,” her break through role was in Spike Lee’s “Jungle Fever.”

This beautiful petite celebrity shines at any age, now 47, she’s is best known her showing off her best assets in Wild, Wild West,” “Desperado,” Mexico,” and “Fools Rush In.”

Hayek also produced and starred in the movie “Frida” and the movie won two Oscars!  She has a new movie release coming later this year, the “Americano,” look out for it!   Written by: Ann Lauren 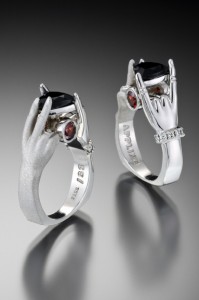 You must subscribe to enter.  FREE subscription to Bella Petite Magazine