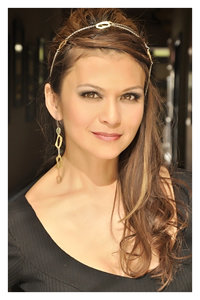 Down the Ave de Gaulle at the Cannes Film festival I was shoving my way through thousands of fans and photographers who were trying to get a glimpse of their favorite stars on the coveted red carpet when suddenly I was gripped by this feeling of uncertainty.

You see I was there for one reason: to bring attention to my husband’s film by walking my celebrity tush down the red carpet in a stunning gown.  Period. But my appointment with the red carpet was not until tomorrow.

For now, on this side of the velvet rope separating the Palais and its famous red stairs from the streets of Cannes, I was merely part of he crowd, one of the many.  Suddenly I was having an identity crisis. I didn’t know what my role was. (Nia Peeples Photo by: Peter Baratti) 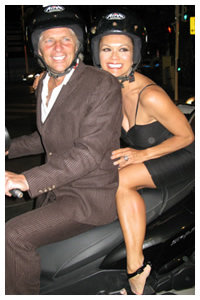 Here I was a celebrity, attending the third largest media event in the world, bigger than the academy awards and the super bowl, and I was walking around virtually unnoticed.  No one recognized me.  Off the red carpet, on the street side of the velvet rope, buried amongst the people I felt totally anonymous, anonymous and out of place.

They say it takes courage to distinguish ones self from the crowd, to be one of the chosen few up on that red carpet.   But right then and there, I’m saying it took more courage NOT to.  I couldn’t wait to get up there on the carpet where people knew me, where someone would recognize my face, and photographers called me by name. Where I knew my place and what was

expected of me because I had been there for 30 years.  It wasn’t the adulation I wanted, I never bought in to that.  It was the familiarity I was yearning for.  I just wanted to be amongst the people who knew me, where I could be the person I was expected to be.

But the next evening as I was standing on the edge of the red carpet, sparkling from head to toe in my designer gown, ready to step my little jeweled foot onto hollowed ground, people pushing and shoving, paparazzi screaming, I realized something:  These people didn’t know me.   They just wanted something from me.  I was a photo 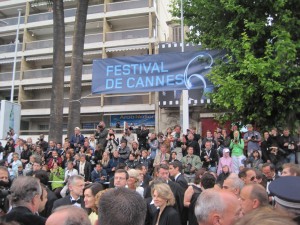 opportunity, a piece of meat camouflaged in sequins.  I had simply learned to deal with it.  It was familiar to me and therefore felt safe.  But in a moment of absolute awareness of what was, it occurred to me; it’s all so ridiculous.  ALL of it.

Being a nobody.  Being a somebody. What is my role? Where do I belong? What is it that defines me?  The uncertainty of it all…. 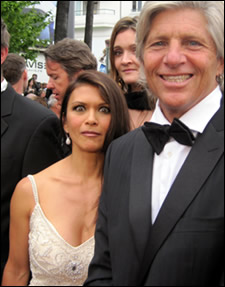 The point is this: in your element or out of it, on the red carpet or on the other side of the velvet rope, it takes courage.  Courage to be a somebody, and at times, courage to be a “nobody,”

But the most admirable courage of all is the courage to simply be.

To joyfully, unapologetically, unabashedly be as only you can be.

I took a deep breath and stepped on to the carpet, immediately becoming the person everyone expected me to be.  Posing, smiling, stepping.  Posing smiling stepping.   But half way up the walk I stopped.   In front of the film crews and photographers, holding up the line of celebrities behind me, I stopped.  I stopped and asked my husband for a kiss and in that instant became the person I was.   The uncertainty faded way and for the first time in days it all made sense.  The world was balanced and right because I was me, wholly, completely, unapologetically me as only I can be.

The Myth of Perfection… 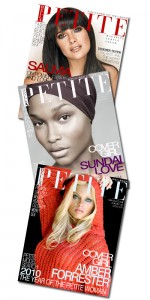 Get a fashion magazine you can identify with register now. PETITE Women 5′5″ & under it’s time to join the petite women’s fashion movement.

FREE subscription to Bella Petite Magazine. Get 20%-50% off Allison Izu, Fernanda Carneiro and My Sweet Petites clothing when you become a Bella Petite Member. JOIN US NOW!