By Ann Lauren:  On Saturday, Nov14th petite pop star Fergie (5’1″) and the Black Eyed Peas rocked the SNL house.  The show was hosted by petite actress 5’5″ January Jones of Mad Men, and they did not disappoint! 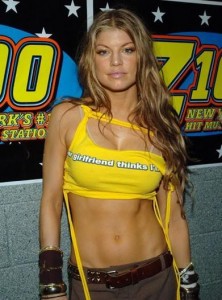 A LIL’ ABOUT FERGIE

Stacy Ann Ferguson was born on March 27, 1975 in Whittier, California. Wow, she’s 34 and rocks!  Fergie got her start in both acting and modeling.  Her first break was as the voice of Sally in several Charlie Brown specials, as well as the “The Charlie Brown and Snoopy Show” TV series in 1983.  Today she is married to actor Josh Duhamel (who is currently caught up in a scandal involving a stripper claiming to have had an affair with Fergie’s man, although no proof has surfaced). 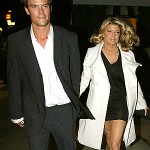 Fergie went through a tumultuous period in her life, where she admitted to hardcore drug use and dangerous weight loss.  “I lied to my friends and said I was bulimic. Finally I started going crazy. In that moment I talked to God and he said, ‘I’ve given you all these gifts, so what are you doing?’ I decided to get clean. I told everybody what was wrong.”  We’re happy she had an epiphany and put her life back on track.

In 2003 Fergie joined the hip-hop group The Black Eyed Peas.  After numerous hits and millions of records sold with the group, Fergie decided to venture out on her own and in September 2006 released her first solo album, “The Dutchess.”  The album was a hit and today Fergie’s career is in high gear!

Want to see more on PETITES? Become a BellaPetite member today, it’s free & easy! Get 20% off at AllisonIzu.com,  30% off at MySweetPetites.com and more discounts with select premium retailers when you become a Bella Petite MEMBER! 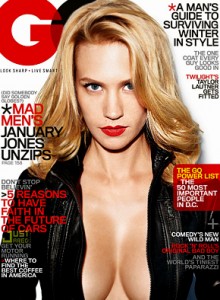 A LIL’ ABOUT JANUARY JONES

The 31-year-old blonde beauty January Jones (5’5″), hosted SNL this week.  January was born is Sioux Falls, South Dakota.  She became a model at the age of 18, leaving her South Dakota home for a life in New York City to be an Abercrombie & Fitch model.  There is much speculation surrounding her true height, but close sources say she’s actually 5’5″, which would explain why she never became a high fashion model.  She soon ventured into acting, where Jones lingered in LA, cast in several not so notable parts, while eventually meeting heartthrob Ashton Kutcher (whom she dated him  from 1998-2001).  Of course, it’s all about who you know!  January says, “I feel as though my career really hit its high point when I was cast as a supporting actress in American Wedding (2003) . I thought the script had a lot of depth and intelligence, and it really just jumped off the page.” However,  her career really took flight in 2007 when she was cast as Betty Draper in “Mad Men.” No doubt audiences love January Jones!