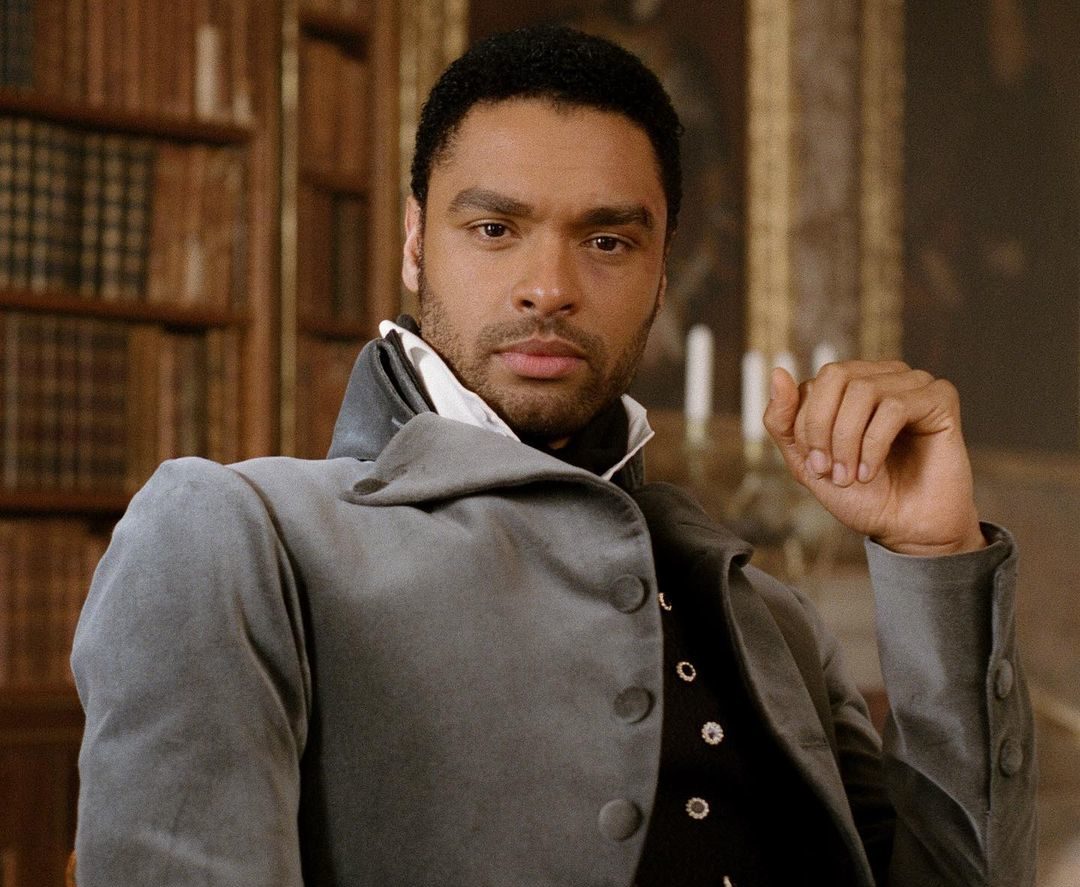 The news is out! Handsome heartthrob and leading man Regé-Jean Page who plays the Duke of Hastings will NOT be returning to Bridgerton for season 2. Netflix has got a series bomb on their hands without Rege-Jean Page.

“Sources say the production reached out to Page’s camp in January or February with an offer to return—after he and the show broke out—even though plans for season 2 never included his character, Simon.”

Rege-Jean Page reportedly turned down the offer to focus on making movies. He just wrapped production on the Russo Brothers’ film The Gray Man, and Dungeons and Dragons soon will begin filming in Ireland.

Rhimes later confirmed to Vanity Fair that Page only signed a contract for season 1.

Page Six reported on April 12 that Page departed the series due to “creative differences” over Simon’s trajectory in new seasons, but neither Netflix, Rhimes, nor Page himself confirmed the report.

On April 13, Rhimes joked to Vanity Fair about the swift backlash to Page’s departure: “We didn’t even kill him!” In all seriousness, she noted the outcry was a credit to the actor’s work on the show. “[Regé-Jean] is a powerful, amazing actor, and that meant we did our job—every season, our job is finding the right people and putting together this incredible, world-shifting romance,” she said.

Concurring with Page’s initial reason for departing, Rhimes added that there wouldn’t be much for him to do in the new season. “I don’t know that I expected this much of an explosion, given that every book [in the Bridgerton series] is a different romance,” she explained.

Perhaps Shonda Rhimes underestimated what it means to lockdown a leading man that is the hottest guy on the show whose talent carried the series. Women watched season 1 for the eye candy and the hot and heavy Simon and Daphne romance and oh-so-hot sex scenes. The Bridgertons lack leading men that match up to Page. Certainly, Rhimes knows how to bomb a show!

Page’s exit will have an impact on TV shows moving forward.

An April 2 report in the L.A. Times speculates that Page’s departure could have ramifications for the new world of television streaming. On broadcast TV, the network would often contract the talent to stay on as long as possible, entertainment attorney Nick Soltman told the newspaper. An attorney who works on entertainment contracts, Darrell Miller, told the Times that the Bridgerton situation was “extremely unique” and could “blow up the show.”

Page seemed intent on remaining with the show before season 1 premiered in December 2020.

Though Page might be content with his short time on Bridgerton, he spoke as if he was looking forward to continuing with Simon in the past. “I’m not sure I believe in paradise,” he told TV Guide last December before the release of season 1.

Page went on to say, “I know that the romance genre generally does—part of the deal is that you get a happy ending. But as far as continuing to explore characters, I think that love is an evolving thing. It’s a living, breathing thing that needs tending, that needs looking after, that needs mending when it gets worn or torn. They get married very young. They still have a lot of growing to do. They have a lot to do, and I think it’ll always be fun to watch them do that together.”

Its official Bridgertons will NOT be released on Netflix this July 2021. No official date set for Bridgertons season 2 or what streaming service will carry it, there is no wonder as to why. What is certain is the Bridgertons lost female viewer’s interest without Rege-Jean Page.

Bella Petite Magazine is Fashion, Entertainment, and LifeStyle for Women 5’7″ Tall & under “Petite is fit and full-figured. Free to join us. Enter the Bella Petite Magazine Model Search WIN a photoshoot, a high fashion spread, and tearsheets for your model’s book!  The ONLY model search in the world for petite women 5’7″ tall and under.