This week Portia De Rossi appeared on the Oprah show to talk about her personal struggles with anorexia and bulimia, coming out of the closet and her new book release.

In the late 90’s, the former Ally McBeal star Portia De Rossi oozed with sex appeal by all accounts in the press and Rolling Stone magazine branded her “a hot bombshell.”

After significant fear and mental anguish that her career might be ruined by the revelation that she’s gay, De Rossi finally came out of the closet in 2004 and began dating comedian and talk show host Ellen DeGeneres.

De Rossi’s lesbian revelation was a stunner for most casual observers.  Portia was the embodiment of feminine beauty and lusted after by men (envied by women).   Unfortunately for the men of the world, De Rossi married DeGeneres in 2008 and they are one of Hollywood’s most popular couples.

De Rossi shares what life was like before she found love and happiness, and says she “spent years living a secret life.”  A closeted lesbian, Portia says she “was terrified of being outed.”  She was also waging a vicious 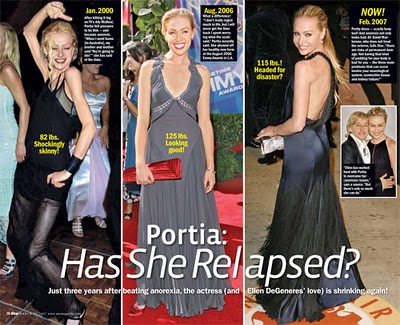 battle with anorexia and bulimia, which nearly killed her.  At one point, Portia confessed to Oprah, she weighed in at 82 lbs… at 5’6″ tall!

De Rossi tells all and cleanses her soul in the new book, Unbearable Lightness: A Story of Loss and Gain.

In the book, Portia reveals that she began dieting at a tender age of 12 years old, when her modeling career started.  During her first call with an agent she recounts that her “bust was 32 inches, her waist 27 inches and her hips 37 inches, the modeling booker paused and said, Just tell people you’re 34-24-35.”  Portia says that was “the moment she decided she had to diet to be able to work, because her body wasn’t good enough 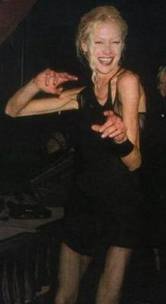 De Rossi goes on to describe, “after the diet, I’d do the job, I’d binge, and then I’d have a few days to get the weight off before I did the next job,” says Portia. “But as the jobs got booked back-to-back, I had to get the weight off faster, so I used laxatives, I used diuretics, and then when that didn’t work, I was forced to purge… to throw up.” 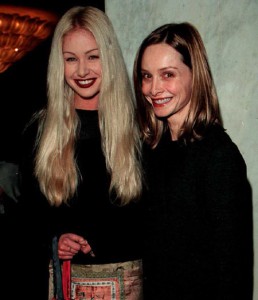 De Rossi says she “wrote Unbearable Lightness for anyone who’s ever struggled with her body image.”   De Rossi says “the book is written from the perspective of the sick person.”

De Rossi candidly reveals, “I thought it was so important to be honest and to go so deeply…into the crazy part,” says Portia. “Even though I was kind of afraid to do it because I thought maybe everyone would think that I’m nuts. But I think it’s really valuable because there is a point where a diet becomes a disorder.”

De Rossi offers a realistic and shocking inside look to the sad lives of  models and actresses who suffer from body image issues.  Back in the 90’s petite celebrity 5’4″ Calista Flockhart’s weight was constantly barraged in the press, as she dipped into the 85-90 lb. range.  Both Flockhart and De Rossi were considered “scary thin.”  Portia reveals that the insecurities the industry breeds infects the minds and self image of many of the most beautiful women in the world. 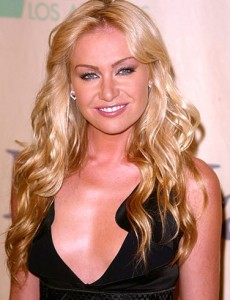 The standards are unreasonable and unattainable for the most part. As I’ve said, my vote is always for women of all heights to be healthy, fit and even curvy!

Today De Rossi is authentically happy and healthy!  She is no longer into fad diets, eating and binging.  And she’s out of the closet, married to the woman that she’s says “saved her” (and vice versa for Ellen DeGeneres).  Get the complete in depth transcripts on Portia De Rossi’s appearance on Oprah.com. Written by: Ann Lauren

Sincerely, Nia…How I Stay Fit and Why It’s Important

Model Mayhem For the Model “Ego” 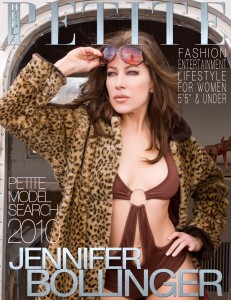 Bella Petite Magazine is Fashion, Entertainment and LifeStyle for Women 5’5″ Tall & under. Petite is fit and full figured.