Steven Lyon Through the Lens 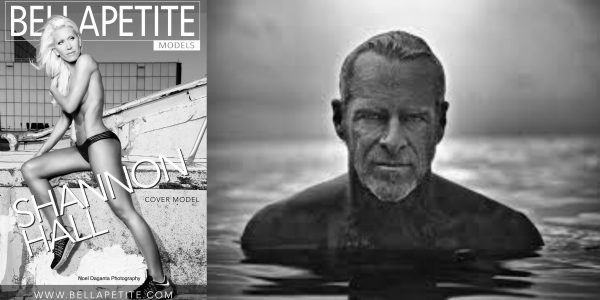 “Lyon Through the Lens” by Bobbi O

BELLA PETITE MAGAZINE EXCLUSIVE INTERVIEW WITH PHOTOGRAPHER STEVEN LYON: Accompanied by his long-time buddy, Rudy, a loyal American Staffordshire Terrier. It was an honor to sit down with one of the industry’s most prominent photographers and now a producer on his latest project-documentary “Something That Matters.”

Currently, on his agenda, his passion, a documentary about the inhumane treatment of the Rhino, Lyon says, “I want to bring awareness to the impending extinction of the Rhinoceros.” His passion for this cause is to save these mammals from Poachers selling their horns on the black market. Lyon wants to bring out the corruption that exists in the jungles of Africa.“I grew up in Newport Beach, California, in the ’70s. My first love for the arts, was acting, I got my first Screen Actors Guild (SAG) card,” says Lyon. He credits the start of his modeling career to the late Andy Warhol who discovered Lyon on the streets of LA.

Lyon wasn’t always behind the lens, but in front, as he graced the pages of GQ, a model for Versace, Gaultier, Trussardi, Joseph Abboud, and made several television appearances, adding to the list of accomplishments. Shortly after, Lyon made a decision to become a fashion photographer, sold his home, and moved to Paris to follow his calling as a freelance fashion photographer. A world traveler and adventurer with a unique eye for the lens, Lyon is spiraling to the top of the list of American professional photographers in the industry.

Lyon’s latest work includes his trip to Cuba where his sexy cinematic, black and white portraits are the hottest commodities on the market. Lyon, who will not allow anyone to ply his craft, speaks humbly about his success. “I’ve done it all and seen it all; it’s a great life,” Lyon says.

As we are both mesmerized by the New York skyline, I asked Lyon, “where do you see yourself in five years?” “I see myself back in Los Angeles, directing and making films that matter,” he replied.

Also, he is working on several film projects, one he calls “Kings of the Catwalk: Project 80’s” about the height of the male modeling industry and how HIV affected many of their lives and changed the industry at its peak. Lyon, a true artist at his craft, a perfectionist, insists on doing all of his post-production when working with film.

I asked Lyon if there is anyone special in his life, “Not at the moment, I’m immersed and totally focused on my work.” Not only does he photograph the most beautiful models all over the world, but also he was romantically involved with two Calvin Klein models; the Dutch model, Lara Stone, and the Lithuanian model, Edita Vilkeviciute.

Warning ladies, this smoking hot bachelor is on the radar!

Lyon truly has an eye for capturing beauty through the lens, but most of all, a Lyon heart that matters!

PARTICIPATE IN THE BELLA PETITE MAGAZINE FASHION AND MODEL INITIATIVE! COPY AND PASTE UP THIS FABULOUS GRAPHIC INTO YOUR FACEBOOK TIMELINE COVER HEADER.

Join Bella Petite today and be part of the petite fashion and model movement. Bella Petite Magazine is Fashion, Entertainment, and Lifestyle for Women. Petite is fit, curvy, and plus-sized.

1 thought on “Steven Lyon Through the Lens”