Ann Lauren A Petite Profile On Lauren Conrad of “The Hills” 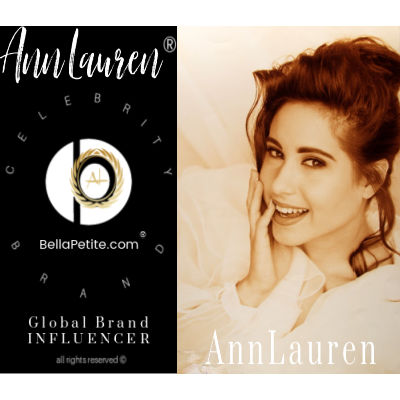 The news is in and ANTM will have former “The Hills” petite Lauren Conrad on as a guest judge for an episode.  It is unfortunate that Lauren Conrad hides her true height.  After some brief research regarding her height, the results ranged from 5’2″-5’7″.

This interesting phenomenon in entertainment just makes my day.  Does anyone disclose their true height? Probably not.  Deception is key in the entertainment business.

Bella Petite got to the bottom of it though, and Lauren Conrad’s true height is a ~5’3″.

After graduating from Laguna Beach High School, Lauren decided to attend “Academy of Art University,” majoring in fashion design.  With only one semester under her belt, she realized the school and San Francisco were not a good fit for her.  Conrad moved back home and attended FIDM in Irvine, California, finishing at the FIDM Los Angeles Campus and majoring again in fashion design.  In 2005, she scored an intern position at “3 Dots” an LA clothing line.

In the summer of 2005, Lauren Conrad moved into a Los Angeles apartment with friend Heidi Montag.  Conrad continued her studies at FIDM and started an internship at Teen Vogue.  This lead to her new MTV reality series, “The Hills.”  The show was another success for MTV and Lauren Conrad.

In 2007, rumors abound in Hollywood about a sex tape between Lauren and ex-boyfriend Jason Wahler.  Rumors that Wahler was planning to sell a sex tape he supposedly made with Conrad when they were a couple.  Conrad later stated that the rumor was false and there is no existence of the tape.  She also blamed Heidi and Spencer for the rumors.

Throughout the period that followed, Conrad and Montag’s friendship deteriorated, primarily due to Montag’s boyfriend, Spencer Pratt.  Audrina Patridge replaced Montag as Conrad’s roommate after Heidi moved in with Spencer.

In 2008 Conrad launched “The Lauren Conrad Collection,” unfortunately the fabrics were cheap, the looks weren’t fresh, and there was nothing innovative about the line.

Moreover, she didn’t even focus her line on Petites.  What a terrible strategy!

The latest reports indicate that the line is on hiatus until further notice.

In my opinion, Lauren needs to rethink her clothing line and get back to the drawing board.

Some of my suggestions: use high-end fabrics, fresh innovative looks, and fashion-focused on petites.

Recently Lauren Conrad quit “The Hills,” while in its fifth season.  The twenty-three-year-old Marcia Brady look-a-like says she wants to “lead a more private life.”

On the other hand, what else is she qualified to do?  And if she’s not on MTV every two hours, will anyone care about her?  Not likely, what’s she thinking?

Conrad needs the show to remain relevant if she plans to relaunch her revamped clothing line.  The odds of a new launch are dismal to none if she loses relevance.  The fashion world gives chances only to those with talent… which she seems to lack.  Conrad’s hardly a “star” or a “designer,” until she proves herself.

The bar has been set low on talent for ANTM, cycle 13, dubbed “the shorty edition,” (insulting).  The upcoming installment of America’s Next Top Model is “hoping to break boundaries in the industry in terms of height.”  Really, how inventive of Tyra…

“Even so, there’s bound to be plenty of talented hopefuls that are gearing up to be the next big thing in the world of modeling.”

Jeez, Tyra is the messiah, she cares so much about the “shorties!”  I think I might break my TV with a hammer if I hear the term “shorties” out of Tyra’s mouth again!

Great idea Tyra, “year of the Shorties!”  WHY DIDN’T I THINK OF THAT!  Wait, I did!  What hutzpah.  Tyra Banks and her Producers exploit the BellaPetite concept and tag it as their own. That will teach me not to meet the producers, again.  I will be writing more about this in the coming weeks, so stay tuned!

For all your petite fashion news and entertainment Bella Petite!