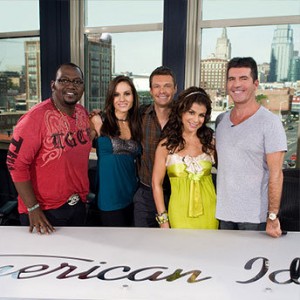 Written By Ann Lauren:  It seems the petite (5’0″) Paula Abdul has left an indelible mark on American Idol.  Though no longer a cast member, we have missed her entertaining (though often pointless) commentary this season.  The new buzz is that Paula may be back and joining Simon Cowell when he departs next season for his new show “X Factor.”

CAN WE BELIEVE THE BUZZ?

This is the entertainment business folks and I wouldn’t bet on this one. 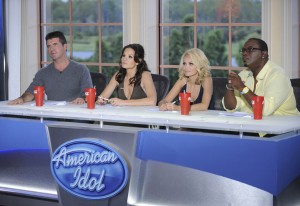 I think we’ve learned from the recent NBC mess with Jay Leno and Conan O’Brien that anything can happen.  Nevertheless, we will wait to see what transpires next season with Simon (and possibly Paula) competing against the old American Idol crew for talent show ratings dominance.  What fun this battle will be to watch as it unfolds! 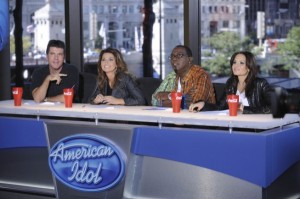 Following Paula Abdul’s departure from American Idol, the judging panel has been overflowing with heavy-hitting showbiz players, and all of the guest judges have been major petite talents, ranging from: 5’2″ Victoria Beckham, 4’11” Mary J. Blige, 4’10” Kristen Chenoweth and last night 5’1″ Shania Twain!  Additionally, we can count on the 5’3″ Kara Dioguardi to remain a fixture on the show.

Free trial to Bella Petite Magazine. Entry to our petite model searches,  Get 20%-50% off Fernanda Carneiro, Allison Izu and My Sweet Petites clothing when you become a Bella Petite Member!

Here are some HOT video’s featuring all of the “star petite” guest judges on American Idol this season.

Shania Twain – From This Moment On

Kristin Chenoweth – The Girl in 14G

Kara DioGuardi singing will you be around

song written and produced by Kara

Need we say more?  Petite women rock the entertainment scene!  Stay tuned in for more news on American Idol’s Season!  Here’s some fun trivia:  it turns out Ryan Seacrest is a petite at 5’5″! (IMDB  has Seacrest listed as 5’8″)  See the OMG “Celebrity Heights Exposed” video!