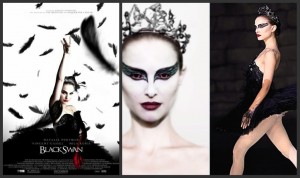 The nationwide release  for  the new movie “Black Swan” starring a slew of petite celebrities, including 5’2″ Natalie Portman, 5’2″ Mila Kunis and 5’2″ Winona Ryder is December 17.  The film premiered in Italy at the Venice Film Festival to amazing reviews, and there is growing buzz that it’s an early Oscar contender.  We predict petite celebrity Natalie Portman to take top honors this year for her performance!  IMDB describes the story as follows:

Nina (Portman) is a ballerina in a New York City ballet company whose life, like all those in her profession, is completely consumed with dance. She lives with her obsessive former ballerina mother Erica (Hershey) who exerts a suffocating control over her. When artistic director Thomas Leroy (Cassel) decides to replace prima ballerina Beth MacIntyre (Ryder) for the opening production of their new season, Swan Lake, Nina is his first choice. But Nina has competition: a new dancer, Lily (Kunis), who impresses Leroy as well. SwanLake requires a dancer who can play both the White Swan with innocence and grace, and the Black Swan, who represents guile and sensuality. Nina fits the White Swan role perfectly but Lily is the personification of the Black Swan. As the two young dancers expand their rivalry into a twisted friendship, Nina begins to get more in touch with her dark side – a recklessness that threatens to destroy her.  (IMDB.com)

Here is the complete spoiler on the film.

Lead actress Natalie Portman is no stranger to the Hollywood scene.  You would be surprised to know she actually was discovered in a pizza parlor at the tender age of 11.  Like many beautiful petites she was told she had the looks of a model, but was short on height. Apparently though, Natalie was not short on talent and she soon found that her true calling was acting.  In 1994 she debut in the movie “The Professional.” By 1999 Natalie received worldwide fame as Queen Amidala in Star Wars: Episode I -The Phantom Menace, which reportedly

grossed $431 million dollars at the box office.  Then in 2004 Portman received her first Oscar nomination for her role as a struggling writer and part-time stripper in the movie  Closer alongside Julia Roberts and Jude Law.

Up-and-coming-on-strong actress Mila Kunis didn’t decide to take acting seriously until after one semester in college.  Luckily, her father enrolled her in an after school acting class in a Beverly Hills studio at the age of 9.  Mila made an impact on an agent there who, ten years later, signed her to her first film, 1995’s “Make a wish, Molly.” Most of us know and appreciate Kunis for her character Jackie on the ABC television series “That 70’s Show,” costarring the incredibly handsome and now very famous Ashton Kutcher.  By 2008 Mila had numerous credit to her name, including a memorable role in the  movie “Forgetting Sarah Marshall,” where she played free-sprited character Rachel Jensen.

Finally, who can ever forget veteran celebrity Winona Ryder.   She shoplifted her way to the top of  Saks Fifth Avenue has been a consistent Hollywood player with nearly 25 years’ worth of credits to her name.  Winona’s first movie role was in the 1986 film Lucas.  Since then she has starred in many memorable movies, including: Beetle Juice costarring Gina Davis, 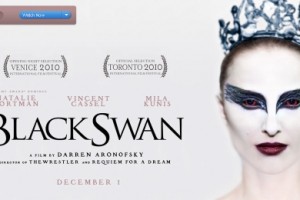 Edward Scissorhands with hottie Johnny Depp, Mermaids with Cher, Dracula, Girl, Interrupted with Angelina Jolie, Little Women, Mr. Deeds with Adam Sandler, Star Trek, and plenty in between.  The list is too long to continue, but you get the point. This petite celebrity is here to stay and we expect her to keep on keepin’ on, entertaining all audiences. 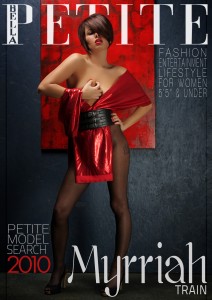 Sweepstake giveaways, prizes and great discounts at  My Sweet Petites, Allison Izu and Fernanda Carneiro to our registered members!

It’s to you get a magazine you can identify with!

under. Petite is fit and full figured. The Bella Petite Magazine preview issue is coming soon!