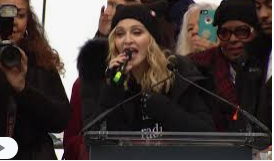 For the last 100 years, our Government uses the media as a propaganda machine whether it’s traditional or social media.

The power of perception is a powerful behavioral tool time to stop being manipulated by the media’s attack on us. Surely, by now you realize that all media is bought and paid for by our Government and elite corporations.

Let’s take a trip to “unity and peace” the media’s pivot in the regime’s fake message. What’s comical are the things celebs, politi-farts, and the media talking heads say when asking us to unite for civility to be restored.

Time to take a lighter turn and have some fun reading several outrageous quotes said over the last few years.

For us to have a balanced approach to the farcical DNC DumRats and RNC RugRats political chaos it’s time to stop being played! Now it is time we break our stagnated two-party political system of nonsense and chaos. For change to happen you must make new choices. Stop buying the phony narratives you are being fed on a daily basis.

Today is a new day of choices to be made. Start learning about both the Libertarian and Green parties, and don’t buy the lies that if we vote for new parties we lose, because voting for new parties means both the Dumrats and Redrats lose and WE WIN!