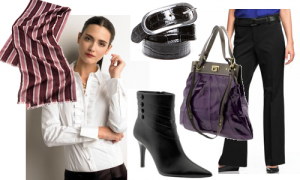 By Ann Lauren:  Most designers have forgotten the petite consumer, but we have found five major designers offering petite sizing in their lines, though none include high-end petite offerings.  There are many smaller labels offering petite lines, including: Kenar Petites, Jones New York, Tahari, Ann Taylor, Liz Claiborne, Anne Klein, etc.  These are great clothing lines, but many of them are too conservative, not hip and attractive to the young consumer.  Those of us outside of the workplace want better options!

The department stores and designers do not seem to understand their consumers.  As a petite consumer, when I go into a department store all I see in the petite departments is clothing  for the 60+ crowd and sometimes I’m not so sure Grandma would wear the stuff.  Many of the department store lines lack style, hip factor, and sexiness.  There are usually plenty to choose from if you’re looking for business wear, but that’s often all you get.  I hear this all the time from petite women across the country.

It is interesting to think that in an era of department stores adding petite fit and full figured divisions, so many designer’s ignore what real women want.  It’s as though clothing designers are designing for a non-existent female when you think about it.  It’s a fact, the majority of women are petite-fit or petite-full-figured.  I think most major designers are caught up in irrational illusions about who “real women” are and lack the courage to design new and exciting fashion for petite consumers. 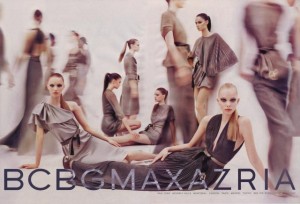 Ladies, I have said over and over and I’ll keep saying it, “don’t buy clothing from designers that ignore YOU!”  Let them go broke!   Why should we pay additional costs in alterations just to have somebody’s label?  It is time for a fashion revolution!  Support only those whom recognize and cater to you!  There may be only be a handful of designers right now like BCBG with the others below, but things will change if you demand it… and start by joining as member of BellaPetite.com.  We have so much in store for the site, and need your feedback to make it the perfect destination for petites online.  Let designers try to make a profit on the mere 3% of women they design for!    Become a BellaPetite member today, it’s free & easy!

Ralph Lauren was born Ralph Lifshitz on October 14, 1939, in the Bronx, New York to a middle class jewish family. Fashion designer Ralph Lauren is now the epitome of classic fashion.  One would think that Lauren attended fashion design school, but he actually studied business at City College in Manhattan, and dropped out short of receiving his business degree.  Ralph started his career as a tie salesman and then began creating his own ties, which he sold to department stores. Lauren’s

innovative abilities and eye for design have built him a billion dollar empire.  An undeniably savvy businessman as well as designer, Ralph Lauren has achieved prominence by successfully creating an image of classic style.  I must say, I do like his name!

Ralph Lauren continues to blaze the trail of fashion and he’s one of the few “name” designers offering petite clothing on his company website.  Department stores, which also carry petites from the Lauren Ralph Lauren line, include Macy’s, Dillard’s, and Nordstrom.

Vera Wang was born June 27, 1949, in New York City. The daughter of affluent Chinese immigrants, Wang enjoyed a pampered childhood growing up on Manhattan’s Upper East Side. Wang attended the prestigious Sarah Lawrence College and received a degree in Art history.  Apparently, many designers are naturally gifted, as Vera Wang did not attend fashion school for training.   Prior to becoming a fashion designer she worked as an editor 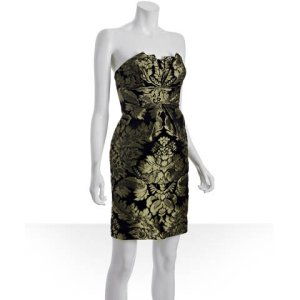 at Vogue for fifteen years and was beat-out for the Editor-in-Chief  job by Anna Wintour. She then moved on to become design director at Ralph Lauren for a few years.  After which she catapulted herself into becoming a notable a high-end bridal gown designer in the early 90’s.

Currently Wang has branched out into shoes, fragrances, jewelry, ladies and home accessories, and other fashion design areas.  She has an agreement with Kohl’s to design an exclusive line for the mid-priced department store.  In addition she’s added petites to the Kohl’s line, which is available in petite sizes 2-16.  Petites in the “Simply Vera: Vera Wang” line are only available at Kohl’s.  Predictably, Vera Wang’s website does not offer petites.

Calvin Klein born November 19, 1942, in the Bronx, New York, growing up in the borough’s Mosholu Parkway section in a middle-class Jewish community of first and second-generation immigrants.   Following his graduation from the High School of Art and Design, Klein studied apparel design at Manhattan’s preeminent Fashion Institute of Technology.  Klein set out to start his own clothing line in 1968, after receiving seed money from a close friend.  Within weeks, a buyer from the upscale retailer Bonwit Teller visited Klein’s modest showroom, recognizing Klein’s talent for design  he made a  $50,000 order and placed his designs in their highly coveted windows.

Perhaps best known for his provocative advertising campaigns, particularly Brook Shields’, “nothing comes between me and my Calvins” campaign, which launched his jean line into the stratosphere and broke all fashion records by selling over40 thousand pairs of jeans a week!   No one sparks more controversy then Klein.  He did it again in the 90’s with Kate Moss and Marky-Mark Wahlberg, and had a campaign denounced by former President Bill Clinton.  Most recently Calvin Klein was in the news for his threesome jeans ad campaign, which was criticized as an “act of a desperate designer who’s no longer relevant in the fashion community.”

Calvin Klein has been a top American designer for over 30 years.  Best known for classic cut and clean style, Calvin Klein offers petite clothing in limited petite sizes 4-12.  You can find Calvin Klein dresses at Dillards, while Macy’s carries Calvin Klein petite separates.  Unfortunately, in my opinion, Klein’s sizing is off.  He doesn’t offer jeans or dresses that fit a petite frame, especially if you’re under a size 4, so I’ve never bothered to purchase anything from his line!  If you’re over a size 12 you’re also out of luck.

The good news is that we’ve discovered a jean designer who’s gonna knock your socks off! Coming soon this month on Bella Petite, you be able to read all about her and get your hands on her great fitting jeans…

Women are probably most familiar with the  BCBG label.  The line is recognized for  its retail stores and great price points, significantly lower than the other two labels.  This is a designer that understands his consumer market.   The BCBG line offers true petite fit.  We can always count on his youthful fun style.  He’s a true trail blazing designer encompassing the petite and plus size clothing market.  In addition to the BCBG stores he offers petite dresses and separates in petite sizes 00-14 through Nordstrom.  Max Azria is a designer you can rely on for a great fit and excellent style!  I encouraged you to go check out MaxAzria.com, easily the best fashion designer retailer on the net, and all sizes are available.

Michael Kors born August 9, 1959, and raised on Long Island.  At age 19 he attended The Fashion Institute of Technology, where he studied fashion design and soon made a name for himself as a designer of luxury sportswear.  In 1981 the Michael Kors label was formed; his first women’s collection was launched at Bergdorf Goodman and Saks Fifth Avenue, amongst other stores. In June of 1999 Michael Kors received the most prestigious award in the fashion industry the 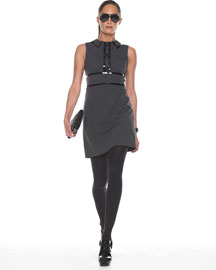 CFDA Award for Womenswear Designer of the Year.  Kor’s is also known as a judge for the Emmy nominated “Project Runway” now airing on Lifetime network for its six season.

The Michael Kors website has a magazine format and it offers his clothing collections in petite sizes 2-14, complete with womens accessories and shoes. Dresses from Michael Kors’ high-end line cost over $1000, but petites from his MICHAEL Michael Kors line typically retail in the range of $70-$150, and they’re available from Nordstrom and Macy’s.

This November is going to be an exciting month.  We will be highlighting and showcasing exclusive petite clothing designer’s. You will be able to listen to many of the new designer’s on The Bella Petite Hour radio show.  Plus, we will bring you great features premiering some exciting petite clothing lines.  We think you’ll discover many exciting promotions on the horizon for petite women at Bella Petite!
Become a BellaPetite member today, it’s free & easy!