No Tanning for Beverly Hills 90210 Stars 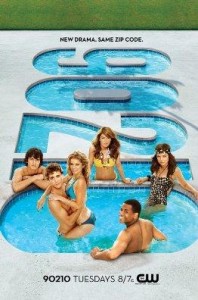 The stars of the new Beverly Hills 90210 are on a tanning time out!  Seriously, how else are the California golden girls suppose to have that oh-so-golden glow?  Apparently, the producers of “90210” don’t want the show’s leading ladies getting “too” tanned.

Finally, the message is getting out that tanning is not the way to look healthy and beautiful!  Say no to tanning beds and good old fashioned laying out poolside or on the beach with baby oil slathered all over bringing you to a shiny baked crisp.  As we recently reported the FDA is placing stronger warnings on tanning beds and the sun is a leading cause of skin cancer.

Recently the producers placed petite celebrity 5’2″ Jessica Lowndes on a tanning time-out!  At least that’s what her castmate 5’5″ AnnaLynne McCord was overheard chirping at a recent Hollywood event. Lowndes is taking notice!

“AnnaLynne was telling a few people at an Emmy gift suite that producers have been giving everyone hell for their obsession with sun-kissed skin, and they’ve even banned Jessica from

any tanning of any kind, whether it’s from natural sunlight, tanning salon beds or a spray-on tan,” says the spy. “AnnaLynne was just glad she wasn’t targeted. She said she looks forward to her Fake Bake spray tan every time she gets it.”

Lowndes, on the other hand, is apparently not amused.  “Apparently Jessica was not pleased and complained to AnnaLynne about it,”says the snitch. “She doesn’t want her skin to turn a pasty white while AnnaLynne stays beautifully bronzed!”  I don’t know about that judging from this cat-eyed over baked tanned photo of AnnaLynne…

Like, how cool is that?!  The good news is Beverly Hills 90210: The Unimaginative Remake has 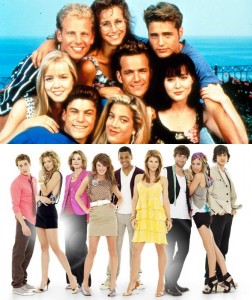 been renewed for another third season starting March 9th on CWTV.  The new cast is played by middle-aged twenty and thirty somethings looking well beyond their teenage days.  How reminiscent, we only wonder when the producers will come up with some new ideas?  It’s like get a clue every generation wants to see new ideas they can identify with.  If Hollywood needs some assistance we’d be happy to pitch you some innovative original bright ideas!

FREE trial subscription to Bella Petite Magazine. And get 20%-50% off Fernanda Carneiro, Allison Izu and My Sweet Petites clothing when you become a Bella Petite Member! Written by: Ann Lauren 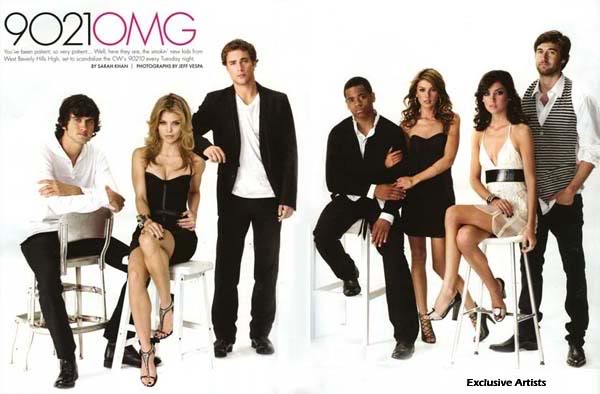