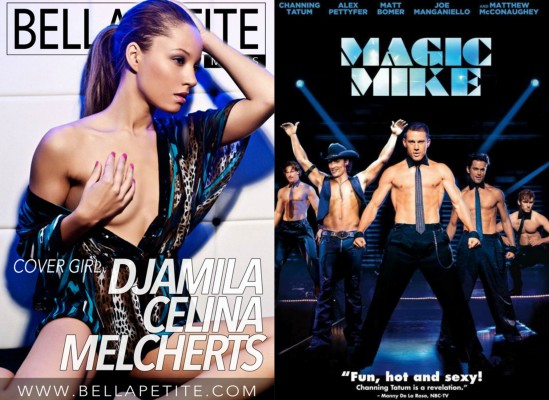 The boys of Summer are sizzling hot! Recently Joe Manganiello, Kevin Nash, Adam Rodriguez, Channing Tatum and Stephen ‘twitch’ Boss before the premiere of the movie, the stars revealed their hidden talents and even spoke about what talents they wish they had. “I wish I could sing like Matt Bomer,” Rodriguez said.

Petite celebrity Jada Pinkett-Smith (5’0″) reportedly told reporters on set that “she tried to fall back and not get in the way of the antics of the male-dominated cast. A friend had told her that women don’t know how to share space, that they dominate space.”  She took it to heart. Jada then goes on to say that she “really felt like this was a space for bro-time.” And “I tried to be respectful of that and I really enjoyed watching the men. It was so much fun to see and to realize men really need boy time.”

Next page get the whole story and check out the men of “Magic Mike XXL video.