Lady Gaga to Appear on Bravo’s “Launch My Line” 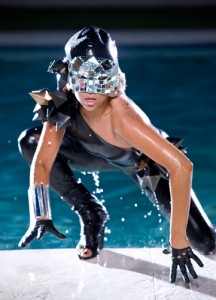 By Ann Lauren: Lady Gaga owned the 2009 pop charts, snatching up numerous awards this year! The singing, dancing, piano playing 5’1″ petite pop star sensation is making a fashion statement appearance that’s all Gaga on Bravo’s “Launch My Line” on January 6th. What a great start to the New Year, especially since Bella Petite has declared 2010 as the “Year of The PETITE Woman!”

It’s exactly the way we want to see it, hot petite “a-list” celebrities leading the 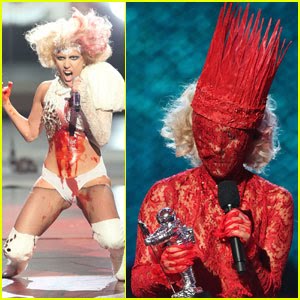 fashion trends. As we all know, Lady Gaga is the premier diva of shocking us and stealing the show. She’s scored numerous hits, curtsied to the Queen and shown how effortlessly bizarre her style can be by performing a mock suicide on stage at the Video Music Awards.

It is not so surprising to hear about Lady Gaga’s guest appearance on “Launch My Line” as a fashion muse and creative nymph of exaggeration. We’re excited to see what her inspiration will bring in order to breakout the creativity on this cast of wannabe designers. So far on the show the standout designers are the Fashion critic Merle, marketing firm CEO Marilyn, jewelry designer Kathy and DJ Eric. 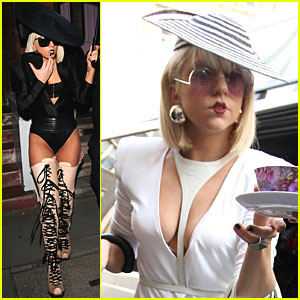 BellaPetite’s keen eye will be on Gaga when she struts into the “Launch My Line ” designers’ workroom on its January 6th episode. She will be there to pose a fashion challenge, commanding the competitors to use her avant-garde style as inspiration for an outfit. Considering avant-garde and Lady Gaga are synonymous, you may be asking what is the challenge here? Outlandish costumes, masks with head pieces, outrageous goulish makeup, huge fake lashes, geometric shapes in motion… and now we’re ready to hit the runway? I’d say! 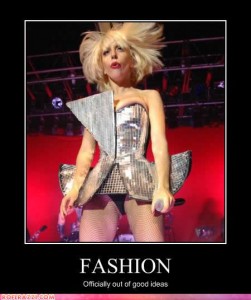 Here’s the twist: Bravo tells us the designers must “make sure they are pushing the boundaries of fashion without crossing the line of good taste. Remember, this is a show where the focus is on creating a line that will sell with consumers as well as runway critics.”

Tip to the competitors: “Don’t turn out a costume or your line will be dropped!” I’d imagine GaGa wouldn’t agree. The word on the streets is that GaGa told the Mirror.co.ukat Punk nightclub: “I can’t wait to do my own line. It’s 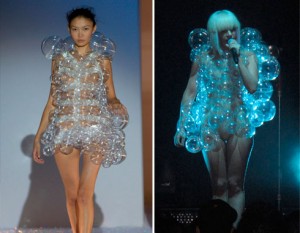 definitely something I want to do in the next year as I do have my own style. I’m already talking to my boy Akon about it.”

Bravo’s “Launch My Line” fashion design competition made its debut this fall, reportedly there’s no love from the network execs that launched Project Runway bragging about ratings. Get ready for a ratings boost! It pays to have friends in the business, and the designing twins’ presence in the “Launch My Line,” credits may explain why Lady Gaga put this gig on her busy schedule. A Bravo spokeswoman stated that DSquared2 has dressed the superstar on prior occasions. 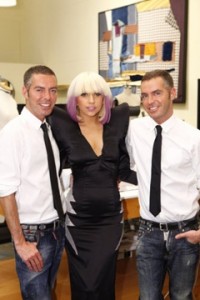 But who are we to judge? That will be left up to “Launch My Lines” resident judges which include Scoop NYC founder and HSN star brander Stefanie Greenfield, Los Angeles boutique owner Lisa Kline and host/judges Dean and Dan Caten of DSquared2 fame.

Bravo has also hinted that a “major superstar” will appear in yet another upcoming episode. Since the Caten’s have also dressed the Madonna, Justin Timberlake and Britney Spears we have major fashion expectations.

If Lady Gaga on the scene is not enough, Bravo tells us that the January 6 challenge will create its own drama. One of the competing designer’s and their expert consultant “will be pushed to the breaking point” during this challenge. We can only hope these drama queen designers will be as entertaining as the upcoming Bachelor with Jake the pilot and his lions den of Bachelorettes on ABC!

Get 20%-50% off Fernanda Carneiro, Allison Izu and My Sweet Petites. Receive eligibility to enter petite model searches, attend our events and participate in promotions. Plus, FREE trial offer to Bella Petite Magazine when you become a Bella Petite Member!