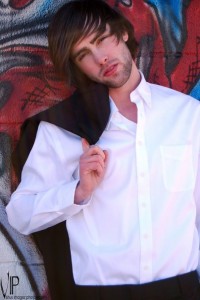 Ladies, here is a man worth paying attention too!  Meet a totally delicious hot male model, “Who Love’s Petite Women!”  My experience has been men prefer petites.  In fact, evolutionary facts support my point of view.

Here is what I learned about this male model at a recent bridal shoot.

Chad Samuels was born in Charleston, SC where he quickly became a “world traveler baby.” His parents lived on a huge ship, which provided humanitarian aid to poor countries.  He was raised by a Jewish entrepreneur and poet from the Bronx and a 5’2 southern beauty queen, his life was anything, but ordinary.  Before the age of 7, he had traveled to over fifteen countries and lived off-ship in two of them. 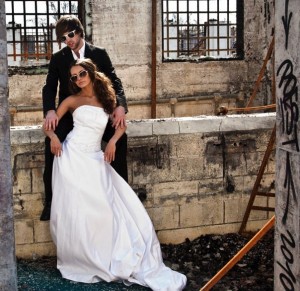 Chad’s friends came from all over the world.  He has always been attracted to the stage, whether it was playing his guitar, or doing street drama and just clowning around with friends. By the age of thirteen, he knew what his life goals were: travel the world and live out his faith through music, acting, and modeling.

After moving back to the United States from ship life and in between travels to Kenya and Ecuador, he stayed involved in theater, band, and music.  After high school he continued to pursue his goals in Argentina, Israel, and Australia. He returned to the states in December 2009, where he enjoys writing music, spending quiet days with his Border Collie- Oliver, working out to stay in shape, and pursuing his ambitions.

Chad on PETITES vs. AMAZONS:

“No guy wants to have to stand on his toes to kiss a girl! I would choose a “petite over an amazon” any day!”

“I totally get what Bella Petite is all about .   I am going to jump on board and support the petite fashion movement.  My sister, Grace Samuels, thought she was too short to model (5’3), but loves the industry, so she became a make up artist.  She is a big supporter of Bella Petite and was the MUA for the Bella Petite Magazine Fashion Show in Atlanta.  I encourage all of you beautiful petite women to be confident in your efforts to change industry standards.  You must show them you believe in yourself to make them believe in you!”

Isn’t it time you get a magazine you identify with?  Subscribe today!  We are ushering in a new breed of models and beauty.  Our mission is to cover issues that are important to you!

Fashion, Entertainment and LifeStyle for Women 5’5″ Tall and Under.  SUBSCRIBE FREE