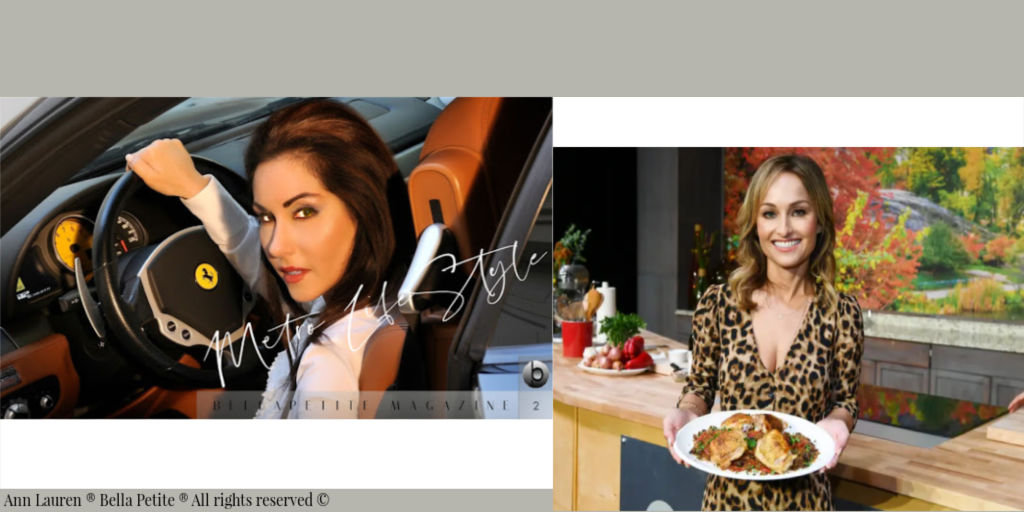 What most of us don’t know is the film mogul’s roots are in the culinary arts. According to IMDb, during his childhood in Italy he was selling spaghetti with his papa. Eventually, he moved to the United States where he began producing iconic films like “King Kong,” “War and Peace,” and “La Strada.”

De Laurentiis was living in Beverly Hills, California home where he passed away at the age of 91.

Giada De Laurentiis was born in Italy and was bullied in the USA at age 7 when she moved here from Italy.

Giada didn’t speak English when she came to the USA and she was bullied in school by horrible American kids. Giada’s family takes their culture seriously. So when she moved to the US, they continued to live an Italian lifestyle. They spoke Italian at home, and only ate Italian food — and back in the late ’70s and early ’80s, people were not proud of their unique heritage as they are today.

Giada found solace in spending time with her family. Every Sunday, the De Laurentiis family would gather for a traditional Italian meal at her grandfather’s home, and Giada would help with the cooking.

Giada learned to connect with food and learned to cook with her grandfather. She loved cooking and she couldn’t get enough — of food, of the smells, and hanging out in the kitchen and asking questions was a ritual. Every Sunday Giada’s grandfather would have the whole family over and they would have a huge spread that took hours to eat lunch. All of us kids would fall asleep at the table, it was so friggin’ long, she says.

Giada’s favorite meal growing up was spaghetti with melted chocolate.

In an interview with Bon Appétit, the chef revealed her favorite childhood meal was spaghetti with melted chocolate. “Once in a blue moon, I’ll still have it,” she said. “I made it for my daughter recently, but she didn’t like it. She thinks it’s slimy and gross. I guess it’s not for everyone?”

Giada graduated in 1996 from UCLA with a degree in anthropology, according to Biography. However, cooking was her true passion, and she decided to pursue a career as a chef and studied at Le Cordon Bleu in Paris.

While studying at the prestigious Parisian culinary school, which also trained the likes of Julia Child, she specialized in both cuisine and pastry. After she finished her training, she returned to Los Angeles with the skills she had learned in France.

GIADA ran her own catering company before TV

After working at the Ritz-Carlton Fine Dining Room and Wolfgang Puck’s Spago, Giada launched GDL Foods. Among her clients, she reportedly cooked for director Ron Howard.

Giada got her big break from an article in Food & Wine Magazine.

Giada styled one of Food & Wine’s Thanksgiving photo shoots when an editor at the magazine asked her to write an article about her family’s Sunday dinners. After she did, she was contacted by a Food Network executive about having her own cooking show.

“He said he had seen my recipes and seen me but didn’t know how I’d be on camera, so he asked me to put together a demo. Nine months later I did it, and ‘Everyday Italian’ was born—purely accidentally,” she told Food & Wine in 2016. “I thought I’d become a food stylist and then go in a completely different direction.”

It took many shoots for Giada to feel comfortable being on camera.

“Giada was so, so goddamn nervous because she had never been in front of the camera alone,” she told Bon Appétit. “She was like, who am I talking to? Who is this?”

Giada soon got the hang of it, and despite a “horrible” first season, “Everyday Italian” went on to be renewed for 11 more seasons.

Giada began dating her now ex-husband Todd Thompson, a designer for Anthropologie when she was 19.

The pair tied the knot in 2003 and welcomed a daughter, Jade, five years later. However, in 2014, the couple announced they were divorcing.

The couple’s decision to separate came with a great deal of sadness. Their focus on the future is for our family’s happiness gave them strength to move forward on separate, yet always connected paths,” Giada wrote on her Facebook page, according to People. “Todd and Giada share a beautiful daughter and a lifetime of great memories that they both treasure.”

“If I think about it, my free time is all taken up by maintenance for myself,” she said. “I think people forget how much women, as we get older, have to keep up.”

She also doesn’t eat all of the food she cooks on camera.

Following accusations that Giada would have others taste her food for her on “Everyday Italian,” a representative for Food Network said, “[De Laurentiis] absolutely eats her own food while filming.”

They added that, because of the number of takes and episodes filmed a day, De Laurentiis “doesn’t always eat and swallow every time.”

“The bottom line is, Giada most certainly does eat the food she prepares on the show, but does not always consume the whole dish, as that would be too much for most people to eat in one day,” the rep said.

She has cooked for Prince William and Kate Middleton.

The chef told Insider in 2019 that cooking for the royals at a polo charity event in Santa Barbara, California, in 2011 was one of the highlights of her career, but she had no idea it was even happening beforehand.

“I had no idea the royal couple would be attending,” she told the Today show. “And when I finally found out, it was actually kind of a bummer. I couldn’t tell anyone — I had to keep it hush-hush until their California itinerary was released.”

“I’m not usually star-struck, but I’ll admit I was pretty anxious meeting them,” De Laurentiis added to Insider. “It was nerve-racking cooking a meal for actual royalty, but I kept reminding myself that I was in my element.”

She also revealed that Prince William even asked her for a few cooking tips following a “disastrous lasagna” he had made.

She has three Emmy awards.