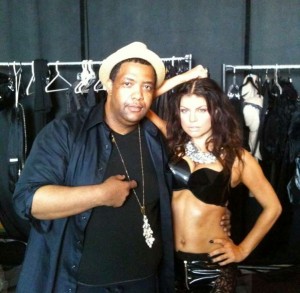 Bella Petite was given an all-access pass to the world of fashion with international celebrity stylist and fashion editor Kithe Brewster!  You can say his name is synonymous with fashion and beauty.   He consistently reinvents celebrity looks keeping his clients squarely in the eye-line of fashion’s cross hairs.

Kithe Brewster’s unique perspective and unrivaled creativity in design affords his clients the luxury of ultimate style, while keeping them on the most talked about fashion listings around the world!

Kithe has dressed all kinds of women from CEO’s to celebrities! He appreciates that many of the most famous women in the world are petite.  Plus, he understands how misunderstood the petite woman is, especially from the fashion industry perspective. 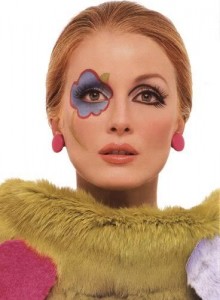 Shortly after graduating from a performing arts high school in St. Louis, MO Kithe went to New York to pursue his education and career in the performing arts.  During which he worked part-time in his Uncle’s showroom and that is where his flare for fashion blossomed! After a year and a half he knew that he wanted to become a fashion stylist.  He dropped out of school and went to Paris to learn about fashion in Europe, in order to be taken seriously as a fashion editor and stylist.

Kithe spent fourteen years in Europe building a notable resume.  When he returned to the United States, his work was in high demand.  The upcoming petite actress 5’4″ Julianne Moore requisitioned Brewster as her personal fashion stylist.  Simultaneously, rapper Eve wanted his services and she became a full time client. 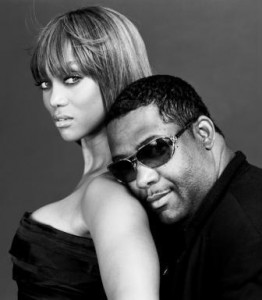 Brewster’s list of stylish celebrities reads like a who’s who list in fashion and entertainment, including supermodels Tyra Banks  of “ANTM” and Heidi Klum “Project Runway,” whose respective shows represent burgeoning model competitors and fashion designers.

Brewster’s innovative creativity redefined celebrity editorials.  Having styled over fifteen covers for Flaunt magazine with some of the hottest stars like Adrien Brody, Cate Blanchett, Drew Barrymore, Selma Hayek, Winona Ryder, and many others, he established a trend of replacing the ‘supermodel’ with celebrity, and American publications were quick to adopt this strategy. 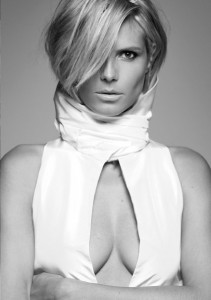 His contribution and thumbprint on the music industry is powerful. America may not recognize Kithe Brewster, but they have admired his fashion style on Fergie, Beyonce, Lil’ Kim, Usher, Jessica Simpson, Garbage, Bryan Adams, Brandy and more. 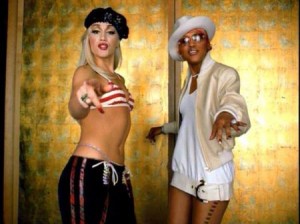 A few years later, Brewster contributed to Outkast’s largest commercial success with his work on the “Hey Ya” music video. Brewster styled rapper Andre 3000 as eight different versions of himself, playing on comparisons to The Beatles as the video mimicked their infamous performance on the Ed Sullivan Show. In 2004, “Hey Ya” caught the country’s attention and was awarded with: MTV Awards for “Best Hip Hop” video and “Video of the Year;” and Grammy Awards for “Best Urban/Alternative Performance,” and “Album of the Year” becoming the first album consisting solely of hip-hop to receive that honor. 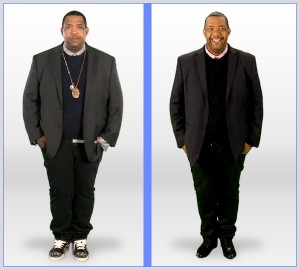 Brewster talked with Bella Petite about his personal struggles with weight and reaching a turning point when he weighed 300 lbs and fainted at a shoot in Miami. The next day he told his petite celebrity client Lucy Liu. Liu who was concerned about Brewster and encouraged him to see a doctor to evaluate his personal health status. After his prognosis he began his weight loss journey last December, since then he’s lost 80lbs on the Duke Diet.

In fact, this week on Thursday (May 26) in New York at the West Village Restaurant  he is planning his first “big reveal” of his weight loss with family, friends, press and film crews!  Kithe made the announcement during his interview on the Bella Petite Hour!

Kithe is currently starring on a web series hosted by EveryDay Health, a ground breaking  new web series about losing “60 Pounds in 6 Months.  This series is produced by a former executive of the popular weight-loss series, “The Biggest Loser.”  This all-access backstage pass is granted as viewers go behind-the-scenes with Kithe.  Episodes will juxtapose his bi-coastal career of glitz and glamour—producing  Fashion Week runway shows in NYC to dressing Hollywood’s  elite for red carpets—with visits to Duke Diet and Fitness Center to focus on hardcore training mixed with  nutritional education and medical evaluation.  The finale and Kithe’s ‘big reveal’ will be on August 15.  WRITTEN BY ANN LAUREN

Tune in to the Bella Petite Hour featuring Kithe Brewster. Find out what he has in store with Bella Petite Magazine!  You will also learn about Kithe’s fashion and fitness secrets.  Plus, you will  hear his unique perspective on the fashion industry and petite women.  Including, a special Yoga fitness segment with Bella Petite’s LifeStyle & Yoga  Expert Dashama! Written by: Ann Lauren

Check out our Daily Shopper deals for you!

We love Red Carpet Fever at eDressMe.com Get dresses inspired by your favorite Hollywood celebrities

Petite Women Can Pull It Off!

Truth About Height and Celebs