To Twerk, or Not to Twerk 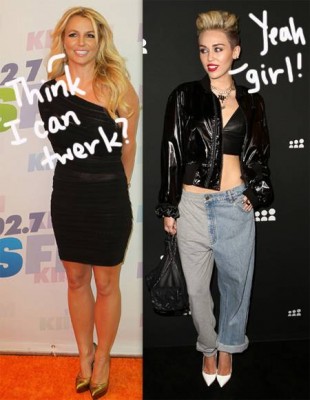 Have Women Traded their Crown upon their Head For a Crown Upon their Derriere?

I happen to be perusing Facebook the other day and stumbled upon a post that not only had me shaking my head but it brought me to a point of true contemplation and consideration. The video clip was of a young woman, that seems to be quite masterful at Twerking.

Seriously, her Twerking would have put Miley Cyrus (5’5″) to utter shame. The female Twerking Aficionado, seem to be able to do things that I didn’t even know that the derriere could do.

For some this new Twerking is the new calling card of sexual seduction. Some say that Twerking is as old as mankind, and surely it was taking place in the Garden of Eden, and no doubt was considered a ritual dance of mating, that even blinded the eyes of Adam, that even he could not think clearly. Whatever and however the case of its conception, the question remains is it now harming the way a man looks at a woman? Unfortunately, one may ask “To Twerk or Not to Twerk,” that is the question.

I have found something more important to consider, so bear with me a moment as I go back in time, to reveal something quite surprising.

Centuries past, a King would do anything for the woman (Queen) that has stolen his heart. He would go off to dangerous battles and conquer countries, capturing all the bounty –silver and gold and lay it at the feet of his beautifully jeweled queen.  He would slay ferocious tigers and bears, protecting her and his jealousy would be quickly aroused against any man in complete defense of her honor.

A King would do anything for this beautiful woman that with a simple bat of her eyelashes or smile of approval, or a whiff of her enchanting scent, would give up even half of his throne for the queen, the woman he loves, just to be in her mere presence.

So first question, what is it that causes a man to be so captivated by a woman that he would surrender all love and affection to her? Well without a doubt, the first thing that captures a man is the beauty of a woman. A man is mesmerized by her beauty and then secondly her charm. He is caught up in the amorous affection that a woman offers, enough to put a crown of gold upon her head.

This crown has become an allegoric symbol of the highest adoration and accolade that a man can give a woman when he not only declares her his queen, but it is his declaration that utmost beauty, charm, elegance is what she wears.

A man would be so captivated by her that he would get lost in her love, her lips, eyes, and bosom would indelibly make him swoon and drunk with love. Crowing her with his everything. So this brings me to my main question, have some women now traded the crown upon their head that caused men to look them straight in the eyes, to now a crown upon the derriere?Surely, it sounds like I am jesting, but a switch has been made, some men are more fascinated by their derriere, that they don’t even care what the woman looks like, or even take note of any other beautiful attributes she may possess.

They are more interested in watching this woman, crawl all over the floor doing these spellbinding and rhythmic movements, which eliminate any real intimate face to face communication.

Some say if it works don’t knock it, others say it’s quite degrading and has truly set women back, making men lose all respect for her, surely after she performs this ritual dance.

Well, whatever your stance may be, one thing for sure when it comes to attraction, yes women do possess the art of seduction and captivating a man, when it comes to being remembered though, should a woman trade her beauty of frontal attraction, and inner beauty for a man just simply remembering her Twerking Derriere?

As for me, when I exit a room, let the man remember, my face, beauty, charm, and presence. Please don’t let him be so possessed with nothing but thoughts of my heart-shaped derriere, no matter how sexy it may be, because to me“Truly a woman is much more than that!”

Let the crown of grace and honor, stay upon my Head, and not my Derriere!

Bella Petite Magazine is Fashion, Entertainment, and LifeStyle for Women 5’7″ Tall & under. “Petite is thin, curvy, and plus-sized.” Free to join us!

Join Bella Petite today and be part of the petite fashion and model movement.

2 thoughts on “To Twerk, or Not to Twerk”