BRITTANY GETS VOTED OFF BEFORE ERIN… 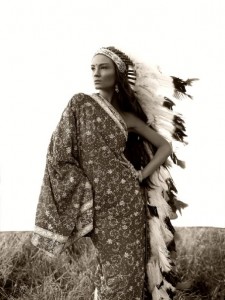 Let me start out by saying that I simply don’t agree with letting Brittany go before Erin. After last week’s show, Erin undoubtedly proved she’s not up for the challenges of a model’s life. She whined incessantly and cried when under pressure, that is simply not acceptable model behavior. Besides, Erin is not commercial enough and commercial appeal is something petite models need to maintain work. Erin has been among the “bottom two” more than once, in fact, twice in row! It was her time to go. As for bringing on amazon, has-been-model Kristy Hume… well, who cares. She’s irrelevant… 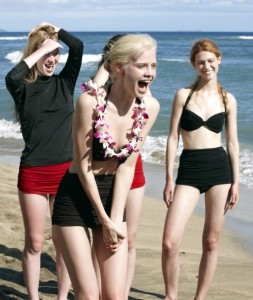 The “Let’s Go Surfing” segment was unfortunately really lame. The swimsuits were horrible, and these models are just too thin to pull off the swimsuit modelling. This is an area of the business in which petite models normally excel, but not this bunch. Goodbye Sports Illustrated, hello anorexia! Also, it is generally not a good idea for the girls to get sunburned, but apparently Laura didn’t get the message. This segment was not very useful for the models, but it did demonstrate to prospective models that you will eventually be put in stupid situations and must perform no matter what the circumstances. Erin’s performance on the surfboard stood out among the others, and likely is what saved her from elimination this week. 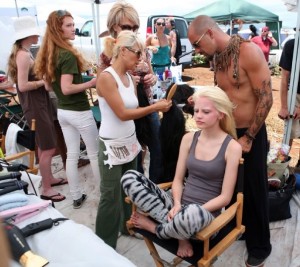 This week’s multi-racial photo shoot was the best part of the show. The models were taken on location and dressed in some fantastic costumes with phenomenal make-up. The best looks (and photo winners) for this segment were from darkhorse (5’7″) Nicole and, not surprisingly, 5’5″ Jennifer! Five foot three Sundai’s shot was gorgeous, but it was a familiar look that we have seen throughout the show. Brittany, on the other hand, has consistently delivered. Nevertheless, Tyra claimed 5’5″ Brittany’s photo was “catalog” and “too commercial,” which is quite humorous considering that’s what the industry typically looks for in a petite model! My prediction for the top three models to battle over the ANTM title will likely be 5’5″ Jennifer, 5’6 Laura and 5’7″ Nicole, hardly petite models…no surprise here.