ALL MY CHILDREN “DAYTIME STAR PETITES” NOW IN LOS ANGELES 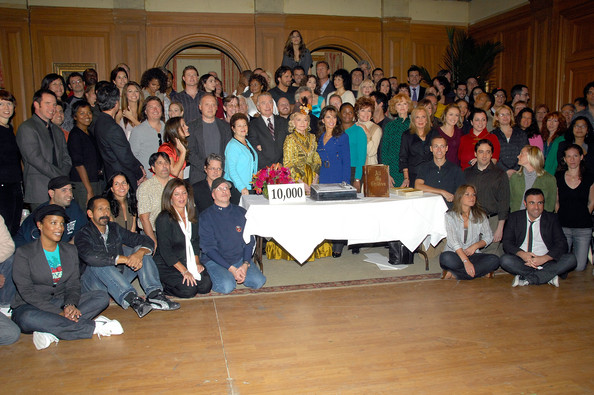 ALL MY CHILDREN ARRIVES IN LOS ANGELES

They have arrived! In an effort to cut production costs, ABC daytime soap All My Children has moved production from New York City to Los Angeles. The new AMC set will be twice as large as the current one and it will include two stages, allowing for more permanent sets. This added space will allow AMC to follow General Hospital’s lead and upgrade to high-definition on the move. This will set up the debut of AMC in HD just in time for February sweeps. 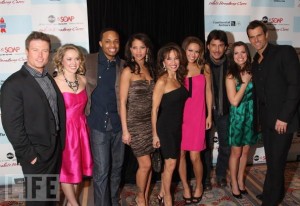 “All My Children is one of the most recognizable brands in television, and we are committed to continue telling and enhancing the stories of the residents of Pine Valley,” said Brian Frons, president of the daytime division of the Disney/ABC Television Group in today’s press release. “The move to Los Angeles enables both All My Children and One Life to Live to dramatically improve the series production models and achieve significant efficiencies while enhancing each show. We had to examine every option on the table to combat the current economic realities, and rising costs of production, and we are doing it in a way that makes each of our shows stronger.” All My Children is the most Emmy nominated daytime drama this year, and One Life to Live held that title last year. 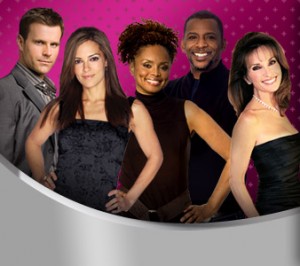 Finally some good news for LA’s entertainment community. New jobs are available for talent and production crews. While many New Yorkers on the AMC production staff will lose their jobs, I sense their will also be a shake out of the current cast in respect to who will remain on the show for the Los Angeles move. One must wonder, what’s going to happen next to the current character’s who will die or move out of Pine Valley? For those of us that work, we’ll have to set our DVR’s to keep up!

With the cancellation of the longrunning CBS sudser Guiding Light and the threat of eminent cancellation for As the World Turns, which are both New York based, there’s already going to be a rather large influx of unemployed actors and crewmembers in the East coast soap world. 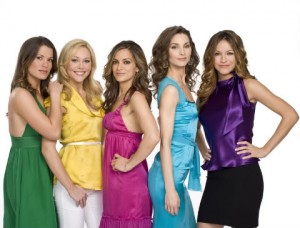 We are thrilled to have All My Children start production once again on January 4, 2010. The all star cast of majority petites is sure to enhance the town’s appeal. The number one highest paid daytime star and the face of AMC, of course, is the legendary 5’2″ Susan Lucci! We can’t wait for her sightings to hit the LA tabloids, although we hear she’s in shock over the move and sure to suffer from some culture shock as well. We’re on top of it! The cast includes star petites, 5’4″ Alicia Menishew plays Kendall, 5’1″ Melissa Claire Egan plays Annie, 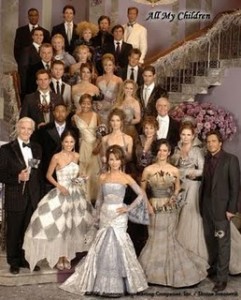 5’3″ Amanda Baker plays Babe, 5’0″ Rebecca Budig plays Greenlee, 5’5″ Chrishell Stause plays Amanda, 5’3″ 5’4″ Bobbie Eakes plays Krystal, DebbieMorgan plays Angie, 5’5″ Eden Riegel plays Bianca, 5’2″ Brianne Moncrief plays Colby, 5’5″ Denise Vasi plays Randi… I think you get the picture. The All My Children’s cast is majority all petite. The truth about height and entertainment still is the ever elusive question judging from the photo above, who’s telling the truth about her height? Judge for yourself. The good news is they’re all petite women and it’s time we received proper recognition in the fashion world, since it is our money funding the fashion and beauty industry.